How David and Marie Graybill conserved nutrients the smart way on their Pennsylvania dairy farm. 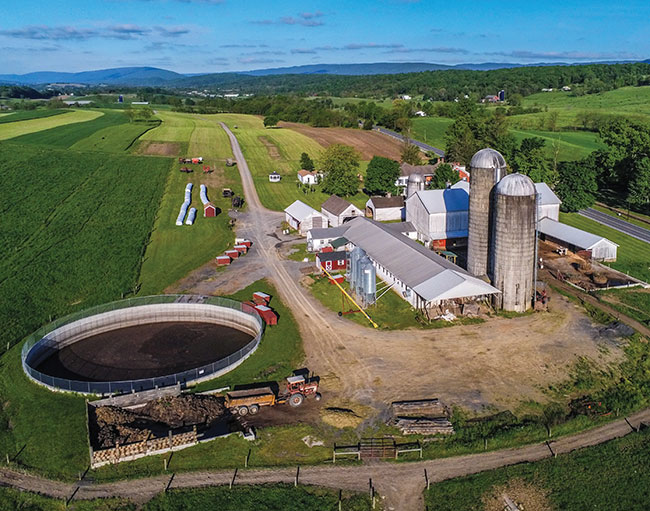 Considering the Graybills’ recent investments in manure storage and barnyard upgrades, the decision to sell their animals this year was a difficult one. All images courtesy of David Graybill.

David Graybill grew up milking his family cows by hand. But it wasn’t until 2000 that he and his wife, Marie, officially became dairy farmers and owners of Red Sunset Farms near Mifflintown, PA.

Prior to that, they’d taught agriculture, shop and science courses at a nearby high school, says Graybill. Then, in 1998, his uncle offered them the chance to farm on his rented land. It was a dream come true.

The Graybills’ dairy farming story has taken an unexpected turn or two. Earlier this year, the family dispersed their herd. It was an extremely difficult, if necessary, decision, and they would have liked to reach the “magic” number of 25 years in the dairy business, says Graybill. But they’re still cropping their 400-acre farm, and every year they reap the benefits of the farm’s many conservation practices, especially with regards to their manure management.

This year was no exception. “[This spring] we emptied our entire [manure] storage onto our corn ground. The corn will start taking up those nutrients right away,” he says.

Over those 22 years, the Graybills “came a long way,” as Dave puts it, in terms of how they handled manure.

Around 2010, with nitrogen costs spiking, the Graybills started looking into how they could implement nutrient cost savings on the farm. In 2015, with the help of an National Resources Conservation Services (NRCS) cost-sharing grant, they built a manure storage facility, including a manure transfer pump and holding tank with year-long capacity. They put in a concrete barnyard with brown water collection and a sprinkler system.

The project cost time and money, says Graybill, but paid off sooner than expected, when nutrient costs rose once again during the COVID-19 pandemic. The system ensures not a single drop of nutrient-rich water is wasted. 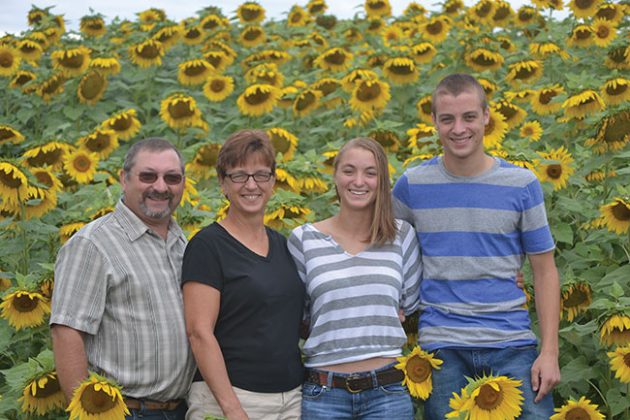 David, Marie, Heidi and Corey Graybill have seen their farm evolve in many different ways.

When they took over from David’s uncle, the farm already had contour strips to manage erosion. “We just had to enhance some of what was being done with them,” he says.

Early on, the family switched to zero-tillage, and added in grassed waterways, which they were careful to protect with a spray management program that helped avoid those areas of the field.

They also began cover cropping. On what Graybill calls the farm’s “good ground,” they grow corn and beans; when they grew silage corn, they’d follow it with wheat and then soybeans the following year. On the farm’s lighter soil, they have an oats/wheat/barley/soybeans rotation with a cover crop following the beans. “The ground is shallow with no extra water in July and August. Right now I’ll get a good crop of barley, and I’ll get more bushels per acre by putting out barley. This also improves soil health,” he says.

NCRS was very instrumental in helping the Graybills implement several conservation practices; one such project was an acre-sized wildlife plot planted to native wildflowers.

“The red clover kept coming back, and wildlife loved it because we went through a drought and the clover was the one thing that was growing really strongly in the spring and fall, and the deer kept it mowed off like it was a yard,” says Graybill.

But the biggest change was the transition from “daily haul” to year-round manure storage.

“On a sunny day in the springtime when there was no corn planted on the ground, that worked, but after the corn was planted there was no place to haul the manure except the ground where you just took hay off. When you spread manure outside of when the crop needs it, loss of nitrogen, and possible erosion downstream of phosphorus and potassium, that loss of nutrients was a huge thing.”

NRCS covered 75 percent of the $100,000 project, which was expected to pay for itself within seven to eight years, says Graybill. “In terms of infrastructure, the payback is slow, but this year nitrogen tripled in price. We just bought nitrogen at $1000 a tonne. I just pumped around 600,000 gallons out of the pit the other day. That [represented] a lot of money,” he says.

Perhaps the greater investment was time, says Graybill. For dairy farmers, time is money, and the project took nearly five years from start to finish, with Graybill doing a great deal of the subcontractor work himself. It can be tough to justify that kind of investment, he says.

But the payoffs weren’t simply financial. Graybill says it felt good to be able to say that he fed and took care of his cows and also captured their nutrients for later use.

Other benefits arose from upgrading the farm buildings and barnyard, including a dramatic reduction in odor, and benefits to animal health and value. The farm had never had many best management practices implemented around the farm buildings, says Graybill.

“Part of the barnyard was still dirt when we moved in, and that dirt became mud when it rained, and when animals are walking in mud or manure that’s four to six inches deep, it’s hurting the rate of gain. With livestock, it [matters] whether the animals can keep on growing all the time,” he explains. “I kept track of how many pounds per day they put on. They needed to be putting on a pound and a half per day on average, and if they weren’t gaining that weight there was something wrong.”

The Graybills put concrete and spoutings on the barnyard to keep water clean and enhance the collected manure; rainwater was piped off to a sprinkler system. Red Sunset Farm sits atop vertical red shale, and springwater would come up in areas of the barnyard that weren’t concreted. The upgrades helped move that springwater to another area of the farm. 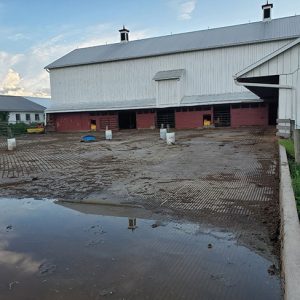 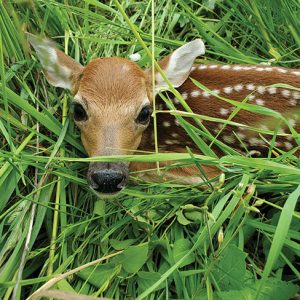 After the Graybills put in an acre of wildflowers, they began to get regular animal visitors.

Future plans
Considering the Graybills’ recent investments in manure storage and barnyard upgrades, the decision to sell their animals this year was a difficult one. But it had to be done, says Graybill.

Seven years ago, he shattered his left wrist in a farm accident. At that time, he probably would have sold the herd if prices had been decent. He couldn’t artificially inseminate cows with his left arm for more than a year. “I knew it was going to slow me down,” he says. When his landlords put part of the land–which the Graybills had used for forages–into a commercial solar lease and cattle prices doubled, the Graybills knew it was time to sell. “As soon as I couldn’t get that forage for the dairy herd, I knew the writing was on the wall,” he says.

It wasn’t easy. But Graybill likes to say he’s officially a crop farmer now. And he has another growing herd: bees. “We have 30-some hives that we overwintered and I’ll probably double or triple that honeybee operation. We sell honey here on the farm and I sell honey bees and queens and nucleus hives.”

Graybill started beekeeping the year he broke his wrist. Now, he’s got the time to see that business grow. Even with the dairy herd gone, he shows no signs of slowing down: he sits on several farm boards, including Pennsylvania Farm Bureau’s State Board environment and executive committees, the Agriculture Workgroup for EPA’s Chesapeake Bay Partnership, and others.

As a longtime educator, Graybill knows how important it is to speak up about what matters to him and his family, and the farmers in his region. “You have to talk to one person at a time and explain to them how important it is that ag is producing all the food that you’re going to eat today,” he says. •