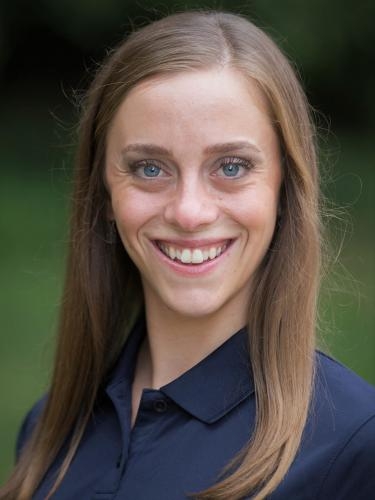 January 16, 2017, East Lansing, MI – Michigan State University Extension is pleased to announce that Erica Rogers recently started as an Extension educator to serve the livestock industry throughout the state of Michigan.

“I am excited to build relationships with farmers locally and statewide to help them maximize production while remaining environmentally sound as well as educating community members on the important role that agriculture plays in the food system and the steps agriculture takes daily to protect the environment,” Rogers said.

She will be based out of the Gratiot County MSU Extension office in Alma, Michigan.

A native of Michigan, Rogers’ passion for both animal science and Extension programming began at a young age through her experiences in 4-H, which carried forward as she earned her bachelor’s degree in animal science from Michigan State University in 2012. Her dedication and interest in Extension programming led her to pursue a master’s degree in Pennsylvania State University’s Department of Animal Science, which she completed in 2017.

Rogers’ research efforts [which will be featured in an upcoming Manure Manager magazine feature] centered on environmental poultry management, focusing on discovering and promoting efficient poultry production systems that place minimum burden on the environment. Although managing manure and the by-products of poultry production are obvious endeavors, other important efforts include impacts of odor, flies and traffic (to name a few) on the environment. All of which are important to the sustainability of poultry production and processing in Pennsylvania. Rogers and her advisors, Dr. Paul Patterson and Dr. Michael Hulet, addressed this region’s industry needs for research-based information on poultry manure production and nutrient content within the Chesapeake Bay watershed through Rogers’ master’s thesis project, which investigated nutrients produced by commercial laying hens, laying hen pullets, broilers, turkeys, and breeders under changing management styles for use in the Chesapeake Bay models that determine Total Maximum Daily Loads. She presented her work at the 2017 International Poultry Scientific Forum during the International Production & Processing Expo in Atlanta, GA, and the 2017 Poultry Science Association Annual Meeting in Orlando, FL.

Through her research efforts at Pennsylvania State University, Rogers has worked with poultry integrators and visited more than 70 farms, collecting manure samples from random points and at varying depths throughout manure stacks. The manure was sampled at the time of hauling to best represent the nutrients being land applied. Due to the nature of her research, Rogers discovered a passion for helping farmers be successful in their operations and to help the community better understand agriculture’s role in protecting the environment.