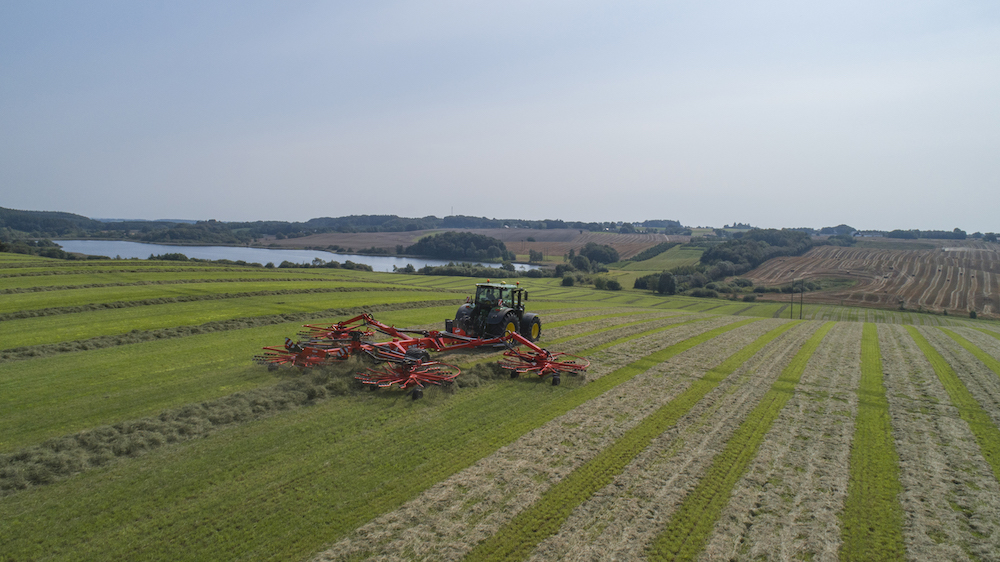 The record setting event took place on a dairy farm owned by the Skeldal Family in the central Jutland region of Denmark. A representative from the DLG (Deutsche Landwirtschafts Gesellschaft) Institute was on hand to certify the record.

The representative carried out several measurements relating to the record including time, area and quality of work. The representative also collected samples to confirm the rake was producing a high quality windrow. The DLG will publish a technical report with the characteristics of the rake performance including windrow profile, loss, and forage quality.

Kuhn representatives stated in a release that the world record exemplifies the company’s commitment to their craft. The machine used, the Kuhn GA 15131 quad-rotor rotary rake, “offers large farms and commercial operators the ultimate capacity in a rotary rake,” Kuhn stated in a release. “The uniform windrows it creates provides high performance for operators seeking highly productive machines. With working widths ranging from 31’ 2” to 48’ 3”, this rotary rake provides not only high work rates, but also high flexibility and superior working quality,” the manufacturer added.