A renewable energy power plant is up and running in North Carolina. 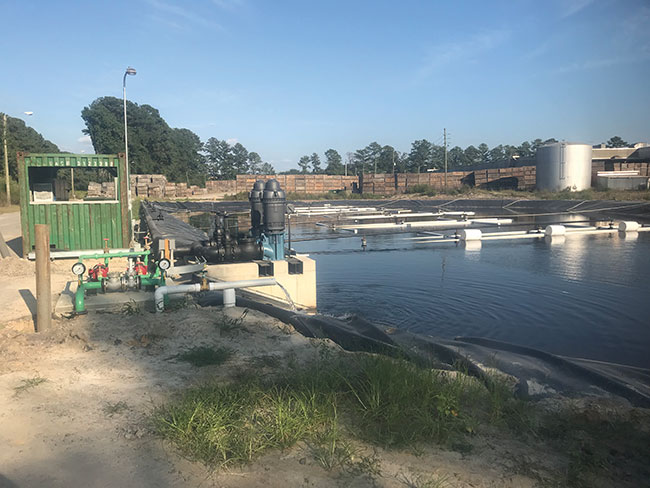 It was years in the making, but this past October, North Carolina’s Power Resource Group (PRG) flipped the switch of its $32 million power plant in Farmville, NC.

“You spend so many years dealing with finance, engineering, permitting and building everything – the highlight is flipping that plant on and and watching it operate,” PRG’s CEO Rich Deming says. “You see that number flicker and the power starting to go in the grid. It’s pretty exciting.”

The facility
The Carolina Poultry Power facility in Farmville – owned and operated by PRG – converts turkey waste into electricity and sells it to local utility Duke Energy. It generates two megawatts (MW) of power and 75,000 tons of steam per hour, using more than 250 tons of turkey waste a day.

In the heart of North Carolina’s farming industry, PRG leases a 167-acre farm. The company uses six buildings, each three and a half acres in size, where the litter is dried out and treated. Combined, roofed areas can hold more than 40 days’ worth of feedstock.

“We don’t deal directly with the farmer,” Deming says. “We deal with the hauler who goes around and cleans out local poultry houses.”

PRG works with only one hauler – Shawn Mitchell of Mitchell Farms in Dudley, NC, who owns a fleet of trucks and hauls 1,600 tons a day. “We have to have 250 tons a day no matter what, so we got the biggest guy with the most stability that we could find to rely on,” Deming says. “There are about four of these energy projects, including ours, within a 200-mile radius, and Shawn delivers to all of them.”

Keeping it clean
One of the issues with poultry waste is that it’s mostly distributed on the land as fertilizer, which means that the chemical components not used by the crops can end up in runoff ditches, creeks and streams, and larger waterways.

“At our facility, those components end up in the ash, which is then used by the fertilizer industry for a more tightly controlled application,” Deming says. “Little is lost into the waterways.”

In addition to preserving the purity of the water, using litter as an energy resource prevents a substantial amount of methane from being released into the atmosphere, something that naturally occurs when composting outside.

Drawn to the solution
Deming found the science of renewable energy fascinating, particularly waste energy and biomass projects, because they provide a solution to waste management issues while also generating energy.

“I was the president of a construction company until 2004 and I really wanted a change. So, I quit and really dived deep into renewables. I got involved with biodiesel and solar, and eventually I found my way to waste energy and biomass projects. I love this waste energy stuff, because you’re taking care of a waste problem at the same time you’re creating energy.”

Deming worked on several waste energy projects through the last recession. Afterwards, he worked as a consultant to developers and supervised the building of several projects until he went out on his own in 2013. The Farmville plant is the first one fully under Deming’s direction.

In designing the plant, Deming focused on finding the most cost-effective method to maintain and manage plants using waste as an energy resource.

“When I started, there was a large company from England called Fibrowatt that tried to come into North Carolina,” Deming says. “Their approach was to build a massive plant, what I refer to as utility-scale. The problem with utility-scale is, it’s a hundred trucks a day going into and out of that facility. You would need a Title V Air Permit for the emissions. It’s just not an efficient way to do this. It’s almost like in the old days with incinerators and all the associated problems.”

Ideal size
Rather than a massive utility-scale approach, Deming decided to use what he termed an industrial-scale utility approach, where PRG co-locates their plant next to an industry or industrial park that can use the heat, which is a byproduct of creating electricity.

PRG keeps its plants small enough to have a Minor Source Air Permit, which saves money and also makes monitoring air emission controls much easier, although it is more difficult to find the perfect elements for a plant site.

“It’s a lot trickier the way we do it,” Deming says. “We’ve got to really find the right location, where we can be in the right place in relation to the feedstock and in relation to an off-taker of our thermal energy.

“We are very precise in what we’re looking for. There has to be convenient access to a waste facility with a tipping fee, or is subsidized with an REP (renewable energy portfolio). It has to be a thermal load. There also has to be the right interconnection set up, so we are able to cost-effectively interconnect with the grid.”

In finding locations for plant sites, PRG usually starts with what Deming terms a “pain point” – an issue that needs a solution, like farmers with a waste disposal problem. Those are the farmers PRG wants to find.

“We can usually figure out most of the other stuff one way or the other, but locating the waste is the key part. The second part is interconnection to utilities.” 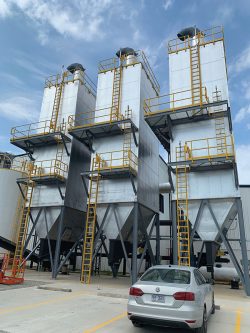 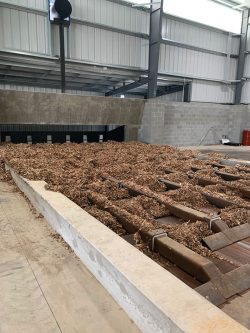 With one plant built using strictly poultry waste, the company is hoping to expand future projects to include other types of waste.

More in the works
PRG already plans to expand their waste-to-energy facilities.

“We will build another poultry project, which is supported by North Carolina Renewable Energy certificates, which you don’t have in most States. But those are running out. We have about five projects in the pipeline, and we’re going to get started on a couple of them by the end of this year,” Deming explains.

“It will be late 2021 or early 2022 before those go online. So, we will probably look for a couple more in that timeframe.”

After building the one plant using strictly poultry litter, PRG plans to move to a different mix of feedstocks, such as combining swine with poultry, or even different kinds of waste from other industries.

Blending
One of the most intriguing avenues the company is exploring is taking both swine waste sludge and waste from wastewater treatment facilities to create a blended fuel using a more highly combustible resource.

Within the agricultural industry, Deming flagged another pain point – how to dispose of landfill materials such as unrecyclable plastics and contaminated cardboards. Rather than creating landfill, Deming sees that these heat-producing items could be blended with swine and waste treatment sludge to solve two problems while creating electricity.

“The technology has been around in Europe for a while,” Deming says. “That is a very highly controlled, oxygen-controlled combustion, so that you get a very complete combustion.

“Now the key is continuing to improve the emission systems. You’ve got to do it right. You’ve got to blend it into a fuel, and then you’ve got to put it into an appropriate-sized facility with good emissions control. When you do that, you’ve turned a big waste problem into a great source of energy.”

PRG would rather use animal waste, but without Renewable Energy Credits, it is more difficult to sell electricity made in this manner, as there are more cost-effective alternatives. Plastics could become an affordable alternative. Since plastic is no longer sent to China to be recycled, it is causing massive issues. Recycling systems are failing all across the United States, landfills are filling up with plastics, and many companies have no landfill policies, so their plastics are ending up in warehouses – where it goes from there is anybody’s guess.

“You’ve got a good chance to control what actually comes out of a plant like ours,” Deming says. “And so, that is where I’m going to be finishing in my career – creating electricity from fuel blends that come from almost impossible to get rid of waste – like plastics, like swine sludge, and like wastewater from treatment plants.”

Until then, it’s turkey waste that will be powering Pitt County.