May 12, 2008, Winnipeg, Man. – In September 2004, a University of Manitoba research team initiated a comprehensive research and extension project in the Rural Municipality of La Broquerie, Manitoba. The final report provides a wealth of new information about the effects of using hog manure as a grassland fertilizer, confirms a number of perceived benefits, and addresses several environmental concerns, including nutrient and pathogen movement, and water quality issues. 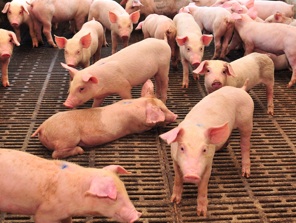 The project, which was partially funded by a $60,000 grant from the Manitoba Livestock Manure Management Initiative (MLMMI), set out three ambitious goals. Researchers wanted to establish a series of best management practises (BMPs) for the application of hog manure on grasslands to promote their findings to the producer community, and in doing so, improve the economic and environmental sustainability of Manitoba’s livestock industry.

The study concluded, for example, that application of hog manure improves grassland production. Researchers noted an 80 percent increase in crude protein concentrations in pasture grass, and a three-fold increase in forage yields and animal productivity. Moreover, they determined that neither forage quality nor yield was significantly affected by the timing of manure applications.

Manure was applied to achieve an annual application rate of 110 lbs of available nitrogen (N) to meet the N requirements of the crop. The fate of manure nutrients was monitored by extensive measurements of soil, ground water, and pasture forage. Although the amount of manure phosphorus (P) added exceeded the crop’s ability to take it up, the surpluses remained in the root zone and did not migrate further. There was no evidence that significant quantities of nitrate moved into the groundwater.

Salmonella and E.coli were present in hog manure but concentrations in soil and forage were low.  There was no evidence that these organisms were transferred to the grazing cattle.

The research also suggests that, although beef production on manured pastures may be less energy efficient than on non-manured land, it is more efficient than pasturing cattle on land fertilized with synthetic fertilizers. It suggests that in most cases, the benefits of applying hog manure to grasslands, in terms of increased forage and beef production, confirm its value as an environmentally-responsible pasture management and nutrient recycling practice.

The full report – entitled Best Management Practices to Improve the Productivity and Environmental Sustainability of Grassland Pasture Systems – is available on the MLMMI website.