With more than 47 million birds dead from Highly Pathogenic Avian Influenza across the U.S., farmers are faced with composting mortalities and preparing for future outbreaks 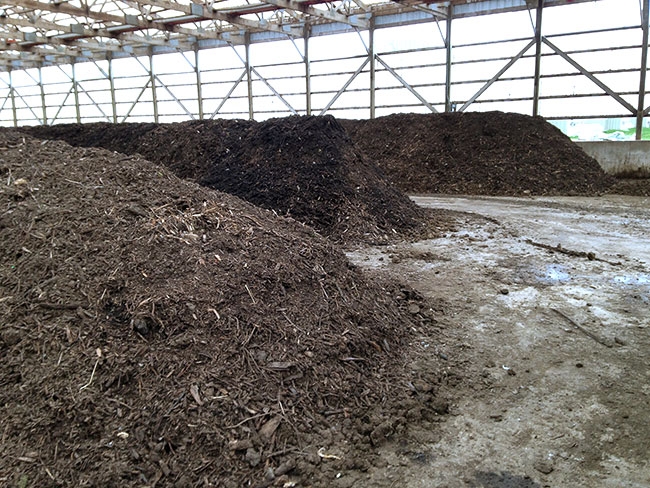 Composting is the preferred method of disposal of poultry infected with avian influenza virus. Photo courtesy of Mary Schwarz

The 1983-84 outbreak of Highly Pathogenic Avian Influenza (HPAI) resulted in euthanizing approximately 17 million chickens, turkeys and guinea fowl in Pennsylvania and Virginia before the disease was contained and eradicated.

In 2004, the U.S. Department of Agriculture (USDA) confirmed an outbreak in chickens in Texas. The disease was quickly eradicated due to coordination and cooperation between USDA and state, local, and industry leaders.

However, in 2015 chicken farmers were not as lucky. The Poultry Site reports that due to the warmer weather the spread of the HPAI has slowed, but as of mid June the total infected or destroyed has reached over 47 million birds. And the USDA says that of that number, 31.454 million were laying hens, 5.874 were pullet chickens, and turkeys at about 7.76 million.

Composting is the preferred method of disposal for several reasons according the U.S. Environmental Protection Agency:

Most farmers are trying the compost the chickens, but in areas like heavily-hit Iowa, where farmers are dealing with millions and millions of chickens, and locals are dealing with the intense smell, the USDA and Iowa contracted with three state landfills, including one with a large incinerator to help speed up culling, bird disposal and barn clean up.

Aid from APHIS
Experts have been called out to the filed by Animal and Plant Health Inspection Service (APHIS) to help farmers develop and implement composting on their farms. Mary Schwarz, extension support specialist of Cornell Waste Management Institute, was one of many composting experts who responded.

“A call went out from APHIS to a group of people that had expertise in mortality composting asking if we were available. They said, ‘If you think that you can go for between three and eight days to a place where [outbreaks] are happening, let us know.’ A lot of people have gone out and helped in different places. And they’re still going out, trying to help where they can with this expertise.”

Challenges for farmers
Schwarz travelled to Wisconsin and then on to Iowa to assist. She says that she found the biggest challenge for U.S. farmers trying to compost the birds was locating enough carbon. This carbon material, such as woodchips, is used to absorb moisture from the decomposing fowl and provides structure (for good airflow) in the compost pile.

“With birds that are housed in buildings with large amounts of litter – like shavings and such – carbon is already there. And, bird manure mixed with litter tends to have the correct moisture content and carbon to nitrogen ratio for composting on its own without having to add more,” explains Schwarz. “When the birds start to get a little bit larger – some of the turkeys we dealt with in Wisconsin were 65 pounds – we needed to be able to secure more carbon because the amount of carbon they were bedded with wasn’t quite enough to envelope those large birds.”

Where do farmers find carbon? Some farmers have gone to municipalities that had it available. Mulch producers or any company that produces wood chips were also an option.

“In other places, like in North Dakota, they were using corn stalks and corn cobs and whatever chunky carbon source that was available,” says Schwarz.

Science of composting
For the purposes of disease control, in-house composting in preferable, because it is more biosecure. Ideally, the birds should be moved as little possible, and all litter and organic material should be composted with the birds. But whether farmers compost in-house or outside, Schwarz says mortality composting, it much like regular composting, just “backwards.”

“When you compost normally, you would make a mixture that has a carbon to nitrogen ratio of between 20 and 30:1, and has 50 percent moisture. You would put it in a pile and turn it. With mortality composting, your feedstocks are separate, so your nitrogen is the animal and your carbon is this envelope that you stick the animals in. It generally will start off with a carbon to nitrogen ratio of 50:1 because they’re separate.

“At that point you get aerobic decomposition where the microbes start digesting both the nitrogen and the carbon available, and heat is generated. The microbes change to the heat loving microorganisms and continue to digest. When you’re flesh waste is gone – about two weeks for small birds  – you’re at that point where you can mix the pile and it starts to resemble regular composting.”

Testing your compost
Currently, temperature is the measure to see AI has been controlled. Temperature probes should be used to record temperatures. Research by the University of Delaware Extension Service found 10 to 14 days of composting without turning at a temperature up to 160 F (71 C) completely inactivated the avian influenza virus in windrows of composted mortalities.

One option Schwarz says is for farms to begin composting in house and, after the first 14 days, move the material outside to finish the composting cycle.

“That allows them to start doing cleaning and disinfection in the house. It all depends on the size of the operation.”

Equipment & application
If there is a bright spot, the equipment needed to compost is normally available on the farm.

Although the compost will be disease-free after 30 days if kept at the right temperatures, Schwarz said applying it immediately to the field isn’t ideal.

“It will be high in carbon and probably rob nitrogen from the soil. If it’s allowed to compost longer, it will become a better soil amendment.”

Looking ahead
As farms in the Midwest deal with large scale composting, states like Mississippi, Indiana, Alabama and Georgia are getting ahead of game. No one is confident that the warm weather will kill off the virus.

Georgia, the nation’s leading producer of chicken raised for meat, is one of the states that hasn’t had an AI outbreak yet but isn’t taking any chances.

“We’re better safe than sorry,” said Dr. Robert Cobb, a state veterinarian for Georgia, to Reuters. “All the research I’ve been able to find is showing that this virus could likely stick around for years.”

Schwarz says that most farms she visited in Wisconsin were fairly well prepared for an outbreak. However, she feels they could have been more prepared if they’d been told exactly what to do if it should happen.

“For this reason, the group of subject matter experts are trying to create a document that will allow at least the Department of Agriculture in each state to pass it along to their producers.”

And for those that want to be prepared, Schwarz suggests attending the Fifth International Symposium on Animal Mortality Management, held September 27 to October 1 in Lancaster, Penn. One of the pieces of the program will be a training exercise on avian influenza response.

In the meantime, APHIS is working hard to create a resource for farmers.

“At least 30 or 40 of us that are from different states that do mortality composting are working together to create a standardized national protocol.”

She says it won’t be directions everyone must follow, but information about composting (cycle times, temperatures, etc.) so farmers can be prepared and know how to inactivate the virus.

Cornell also offers others resources on their website, including links to various state’s regulations via an interactive map and a link to the U.S. mortality and butcher waste disposal laws.

Related
How to compost 150,000 chickens
Creating compost from manure
Research proposals wanted for rapid disposal of poultry carcasses
From the editor: November/December 2015
Tags