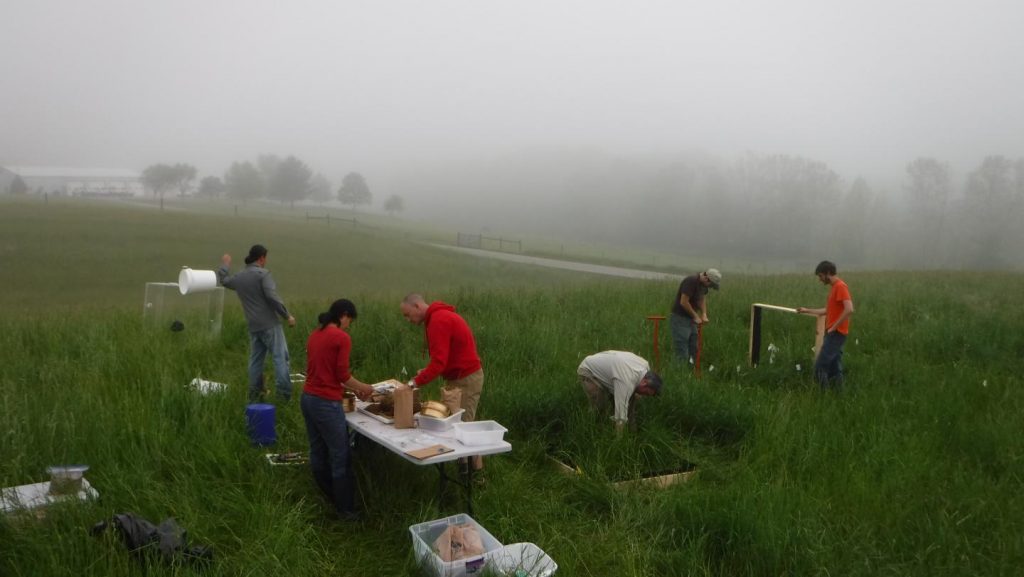 A new study led by Colorado State University and the University of Idaho found multiple effects on soils from exposure to manure from cows administered antibiotics, including alteration of the soil microbiome and ecosystem functions, soil respiration and elemental cycling.

The team also saw changes in how plants allocated carbon below ground and take up nitrogen from the soil. In addition, they observed a decrease in ecosystem carbon use efficiency. This means that when antibiotics are used, less carbon is stored in the soil and more is lost to the atmosphere as carbon dioxide.

Carl Wepking, the lead author and a postdoctoral fellow in the Department of Biology at CSU, said the findings give him “pause” due to the widespread use of antibiotics.

“There’s no environment on earth that is free from the effects of antibiotics,” he said.

In the U.S., 80 percent of antibiotics are used in livestock production. Globally, livestock antibiotic use is projected to increase by 67 percent by the year 2030.

Previous research on this topic found researchers injecting antibiotics into manure, then adding it to the soil, or adding raw antibiotics to the soil, said Wepking. The design of this study offered a much more realistic and applicable design.

The research team also used a pulse-chase experiment, a technique to examine elemental cycling, focusing on the manure’s effect on whole ecosystems. Scientists took samples over the course of seven days, and found that in the presence of antibiotics, carbon traveled into the above ground plant material, to the roots of the plants, into the soil and respired back out as carbon dioxide much faster than any of the others.

“There was much less of that new carbon retained in the system compared with other soils we sampled,” explained Wepking, who also serves as executive director of the Global Soil Biodiversity Initiative, which is housed in the School of Global Environmental Sustainability at CSU.

It’s often thought that manure is a helpful fertilizer, and that it adds nutrients and carbon to soil but this benefit might be offset if antibiotics are administered to livestock.

While more research is needed, Wepking said given the study’s findings, people may want to consider the effects of antibiotics in the soil when using manure as fertilizer.

“Research is expanding more and more, to look at antibiotic exposure and resistance in agricultural landscapes,” said Wepking. “It’s already well-documented that overuse of antibiotics is a problem for humans, and that we are running out of effective antibiotics to treat bacterial infections. Based on this research, we have learned that antibiotic use also has environmental effects.”