How the virtual learning era is changing the game for research and collaboration in the manure industry. 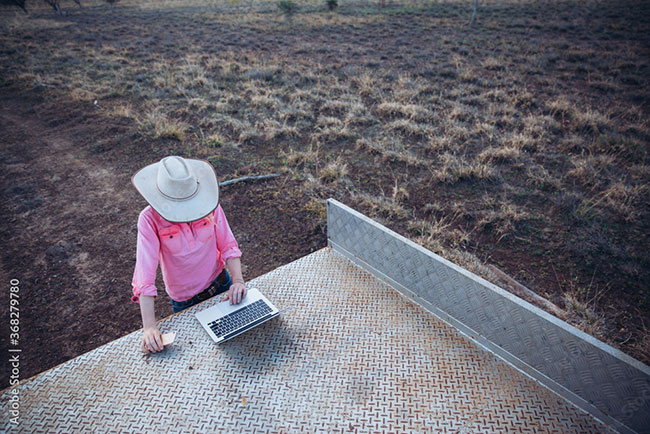 Almost two years ago, when the 2020 North American Manure Expo (NAME), scheduled to be hosted in Listowel, Ont., was postponed and then eventually moved to an online-only event, the team at the Ontario Ministry of Agriculture, Food and Rural Affairs (OMAFRA) had no idea what to expect. Could an online expo hold an audience?

Fast-forward to 2022, and the team is now producing a weekly webinar series, Manure Mondays. Some editions are encore presentations of NAME sessions on topics like compaction and drag hose systems, others are on new topics such as composting bedded pack barns and nutrient management tools.

OMAFRA is now facing a good problem – it’s had to increase registration capacity, because more than the original maximum of 300 viewers have signed up for sessions. And, according to OMAFRA, others from the U.S. and Europe have approached the ministry about adding to the Manure Mondays lineup – although environmental specialist Dave Bray says he’s not sure the ministry wants Mondays to “overstay [their] welcome.”

Now, Bray, environmental specialist Andrew Barrie and field crop sustainability specialist Christine (Chris) Brown reflect on some of the collaboration forged through NAME and Mondays, as well as issues that they didn’t realize were so universal across the North American manure industry.

This interview has been edited for clarity and length.

Manure Manager: When you realized that Manure Expo would have to be virtual, obviously there was disappointment, but what was the hidden potential that was unlocked?

Andrew Barrie: When you normally think of [NAME] you think of it as a trade show. People go and network, kick tires, see some black smoke. In some ways, going virtual almost turned the event upside-down to turn it into an educational event that had some trade show components as well. Take tours, for example. On a tour day, you fill three buses, you have max 120 people. Now we can flow 300 people to a tour, coming and going as they want. On the sessions… our numbers were way higher virtually than they ever were at an in-person event.

Christine Brown: And the opportunity to have speakers from the U.S. and Ontario gave people more interest in participating, but we didn’t have to pay for people to travel, no one had to get passports updated, and yet we got a perspective from a much wider geography.

Dave Bray: And you could come and go as you please, as well.

MM: When you’re virtual and you’re reaching a more borderless audience. Do you find that because you’re a provincial ministry, do you find that poses a challenge when you have to take other geographies into mind? How do you ensure content is always relevant?

CB: One of the aims is to get people thinking a little bit beyond their own geography. I’m thinking of British Columbia. I’m sure anyone involved in the manure business, when they heard of the flooding in the Vancouver and Abbotsford area, thought, wow, if I had to manage that flooding and the issues that came with manure management, what would I do?

Or in the Minnesota, South Dakota area where they have drier winters, I think it’s important for Ontario farmers to know what they deal with. It opens up the opportunity to understand issues like environmental issues, and to learn about more solutions.

AB: The key is getting the right people in place. When you look at the range of speakers, they’re from academia, they’re farmers, they’re businesspeople. Putting those right people together, you have such a strong team that there’s less missed.

CB: And I have to give credit to Kevin Erb [University of Wisconsin Extension, Manure Expo board]. Because we have a connection now with the U.S. counterparts that do the same things as us, that gives us a lot of great access to the right people.

DB: Having that breath of fresh geographic perspective was helpful. There were people reaching out to after us saying, “Here’s a new technology, did you consider this?”

MM: What are some of your favorite collaborations that wouldn’t have happened without Zoom?

AB: The first that comes to mind is the compaction demonstration. What was really interesting and unexpected was the way it was picked up in the U.S. They really latched onto that and saw some really neat Ontario research that they weren’t aware of. [The team] was requested to present similar stuff to some folks in the U.S. It opened up a whole new world of connections into the U.S.

DB: Also, the aeration technology. It’s new to Ontario and the U.S. When we went to explore it, little did we know that there were other folks offering aeration for slightly different purposes. One of those companies was based in the U.S., and they invited us to their facilities in Ontario. It opened up exchanges of ideas and knowledge.

AB: One of the videos you can see on the site is Dave, where he’s got the “sludge judge,” and he’s doing sampling in that tank of different levels, taking those samples off, and Chris worked in the labs to find out what’s happening in terms of the nutrient composition. It helped us as a ministry as well.

DB: We see farms now that are starting to embrace that technology for a few different reasons, and there’s some research suggesting it’s a great way to reduce methane emissions.

CB: In that same video, we had questions from academia, including John Lauzon [University of Guelph] asking, “Isn’t this going to increase nitrogen loss and the potential for GHG emissions?” So we have the opportunity now to work with John and with Claudia [Wagner-Riddle, University of Guelph] to look more intensively at how these systems impact climate change.

CB: The panel with [the Ontario Professional Agri-Contractors Association] that tackled the issue of how to charge the right price and how to deal with the competition that are willing to do it for less but not as environmentally sustainably, or without insurance.

MM: Are you aware of any efforts or progress in terms of access to better rural Wi-Fi?

DB: It’s happening, a little bit at a time, but probably not quick enough for some people.

MM: What about tech education for farmers? How is that coming along?

AB: The motto of 4H is “learn to do by doing.” And when it comes to technology, that’s what’s happened over the pandemic. Early on, we had a meeting with a commodities group out of the Grey-Bruce area, and half the attendees took the meeting from their tractor on their phones. People forgot to mute at times, all the goofy stuff you expect, but they learned, and they’re getting better. And with Zoom, it can downgrade the quality based on your connection, to ensure that you’re still on the call.