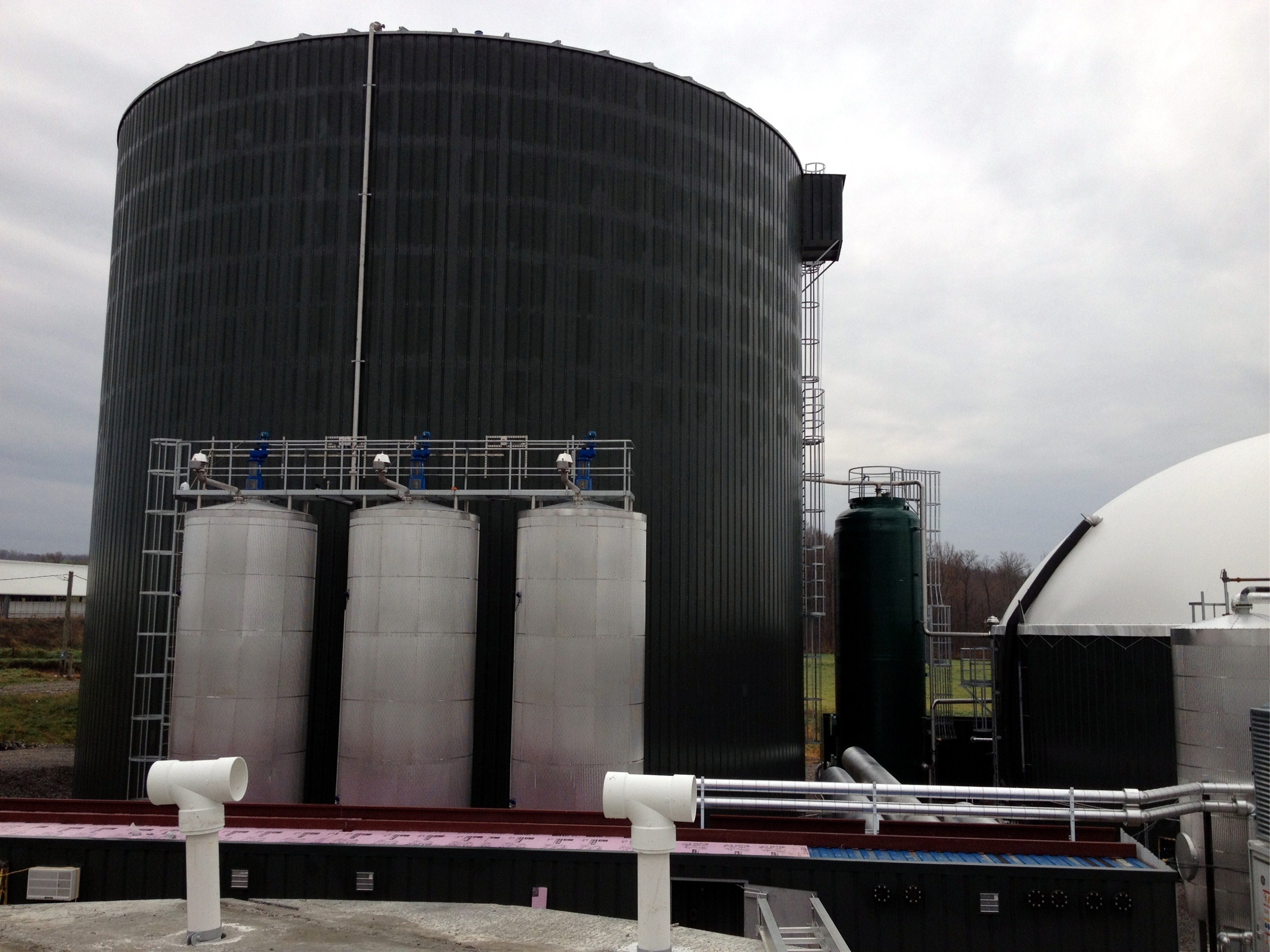 The facility is located at Synergy Dairy, a 2,000-head dairy farm in Covington, Wyoming County, southwest of Rochester, NY.

By anaerobically digesting waste from local food processors in addition to the dairy’s cow manure, the 425 ton per day, mixed-waste facility is more cost-effective. The facility has created about a half dozen jobs while enhancing the efficiency of the 30-employee farm’s operations and sustaining area food manufacturers and haulers.

The New York State Energy Research and Development Authority (NYSERDA) is providing $1 million in incentives for the facility.

“This Synergy co-digestion biogas project is the cutting edge of energy technology and is an absolute revenue-producing game changer for our dairies and local economies,” said Senator Schumer. “By recycling agricultural waste in biogas plants, dairies can reduces disposal costs, produce affordable renewable energy to run their operations and gain a revenue source by selling excess power to the grid. I’ve been proud to help keep this project on track to ensure it crossed the finish line.”

The project is expected to reduce the dairy farm’s greenhouse gas emissions by about 8,500 tons of CO2 annually, which is equivalent to the CO2 emissions of 1,700 automobiles. The facility will also produce an estimated 17,500 cubic yards of bedding material for livestock while reducing manure odors and helping the farm manage nutrients applied to cropland.

Through its partnerships with local food manufacturers, Synergy Biogas LLC already has diverted more than 1.14 million gallons of food waste from landfills and wastewater treatment facilities, highlighting another environmental benefit of the project.

“We are excited to launch our new co-digestion biogas project that will optimize the recycling of agricultural biomass waste into a valuable renewable energy resource to help reduce our operational costs,” said John Noble, president and CEO of Synergy Dairy.

National Grid is supporting the project as part of its broader strategy to help upgrade New York state’s energy infrastructure, promote further economic growth in the region and encourage the development of renewable energy resources. Under its renewable energy marketing program, the utility is purchasing the electricity generated by the biogas plant, which it states will produce approximately 10,000 megawatt-hours of renewable energy per year – enough electricity to power nearly 1,000 homes. National Grid provided a $750,000 grant through the company’s Renewable Energy and Economic Development Program to cover the cost of building the substation that connects the facility to the grid.

According to the New York State Department of Agriculture and Markets, in 2011 the state had 5,300 dairy farms with more than 600,000 dairy cows. However, less than 20,000 of those cows were being utilized in energy production, through the use of 17 digesters that produce a combined three MW. As of 2011, an additional 17 digester systems were awaiting installation to generate a combined six MW.