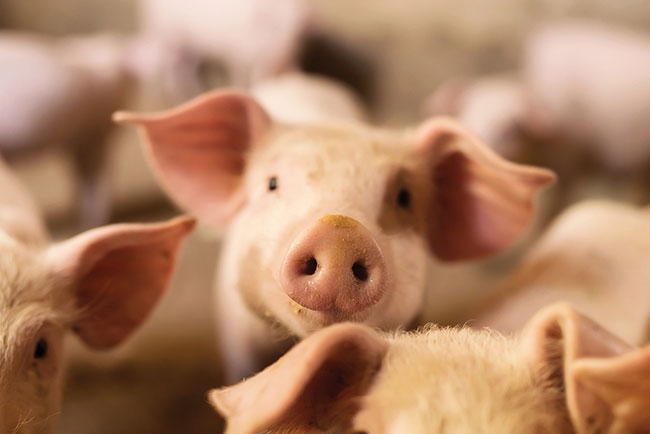 It’s a beautiful spring day as you drive along a country road. The sun is out and your windows are rolled down when suddenly an offensive odor hits you right in the nostrils. Someone hit a skunk. What is it about this smell that makes it so offensive? Does this have any relation to the odor of livestock manure?

There are several factors and characteristics that play into odors that allow us to describe and measure them. In the article Odor Measurement for Animal Agriculture, Eileen Fabian-Wheeler (Penn State), Michael Hile (Penn State) and David Schmidt (University of Minnesota) give direction on the five characterizations of odors:

Intensity
Intensity is the strength of an odor sample and can be measured via a five-step scale involving different dilutions of alcohol.

Persistence
Persistence is defined as how easily a full-strength odor is diluted below the detection threshold (ex. the more persistent an odor, the more air is needed to dilute the odorous air).

Character Descriptor
Character descriptor is the type of odor that is detected (floral, fruity, vegetable, earthy, offensive, fishy, chemical, medicinal).
Concentration and intensity are considered objective parameters and are used for scientific and regulatory measurements while persistence, hedonic tone and character descriptors are more commonly considered subjective as these can differ from person to person.

Perception (the ability to discern and comprehend) is another factor of manure odor that should be considered. In a field study done by Robert Mikesell, Kenneth Kephart and Charles Abdalla [Overview of Social Issues Related to the Swine Industry], the impact of odors from a swine operation on neighbors was assessed. Factors examined included:

Michigan State University Extension recognizes that a better understanding of the factors that classify an odor – specifically manure odor – allows farmers to better manage livestock manure for optimal neighbor relations and will result in fewer odor complaints. So, the next time you are driving along and smell that oh so familiar skunk, perhaps you will be able to distinguish the characteristics that go into that odor.