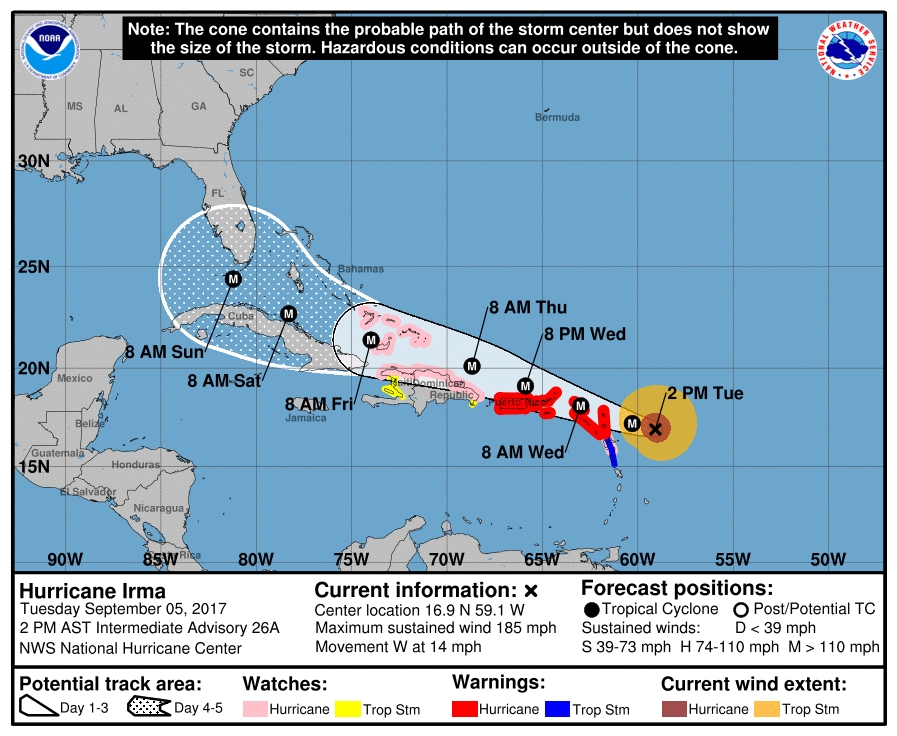 “As you are well aware, hurricanes can produce a lot of rain over a short period of time so now is the time to check your lagoon levels,” she said. “If you expect you are near the path of this hurricane, lower your lagoons to the stop pumping levels, which can be found in your nutrient management plan. If you have any questions, please don’t hesitate to contact me. Just always remember safety comes first so be careful out there.”

She also forwarded an alert from the University of Georgia’s agriculture climatologist, Pam Knox, who has been watching the progress of Hurricane Irma.

“If you are in south Georgia, you could see impacts from the storm as early as Saturday [Sept 9], although most likely you will not see much until Sunday [Sept 10] morning,” Knox said. “The major impacts from the storm in Georgia are likely to be strong winds, locally heavy rains and potential storm surge and high waves if you are along the coast. Some tornadoes are also possible. Because the storm is so powerful, the strong winds and rain could spread out a long way from the center of the storm, so do not let down your guard if the center does not come close to you.”

“With wet soils and trees that have been stressed from droughts in previous years, I expect a lot of trees to fall, cutting electrical power to many locations if the storm does not weaken as it moves up from Florida.”

“Since power may be out, it would be wise to make sure you have gas and cash for several days just as a precaution,” Knox stated. “Because Irma is moving along at a pretty good clip, we do not expect to see the amount of rain that Texas received from Harvey, but local areas could see some fresh-water flooding. Because of that, agricultural producers may wish to move machinery and livestock to higher terrain.”

Knox will be posting updates on her blog [http://blog.extension.uga.edu/climate] as well as on Facebook at SEAgClimate and on Twitter at @SE_AgClimate through the week.