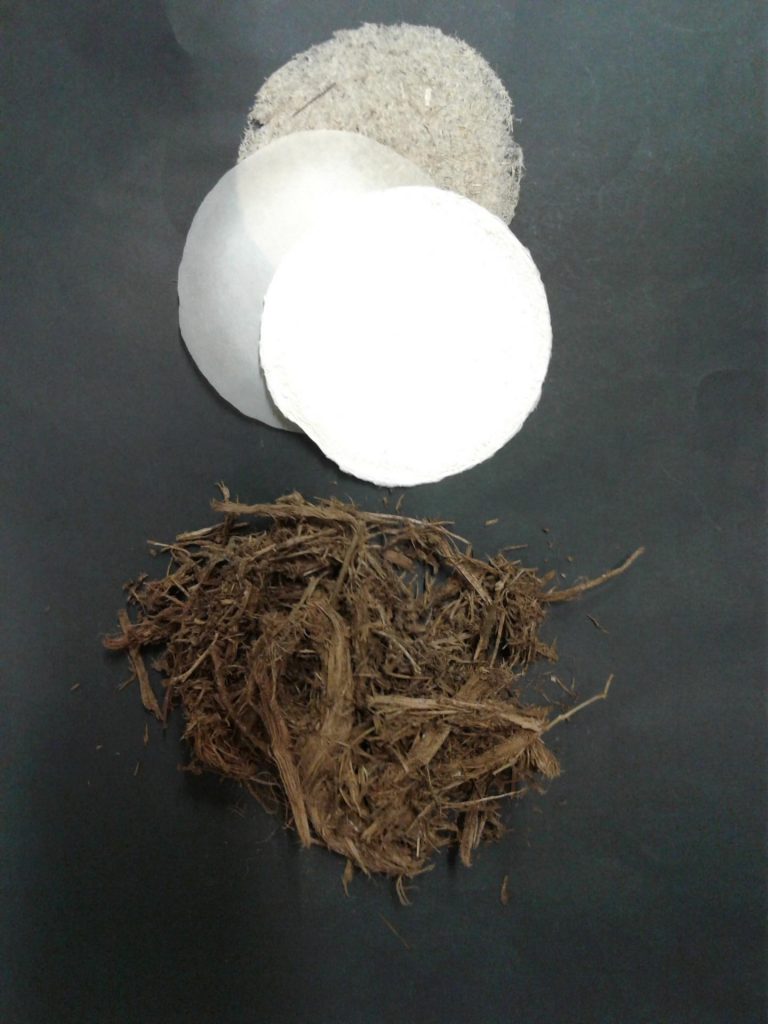 Paper (top) can be made from cellulose derived from elephant manure (bottom). Kathrin Weiland

It’s likely not the first thing you think of when you see elephant dung, but this material turns out to be an excellent source of cellulose for paper manufacturing in countries where trees are scarce, scientists report. And in regions with plenty of farm animals such as cows, upcycling manure into paper products could be a cheap and environmentally sound method to get rid of this pervasive agricultural waste.

The researchers are presenting their results today at the 255th National Meeting & Exposition of the American Chemical Society (ACS). ACS, the world’s largest scientific society, is holding the meeting here through Thursday. It features more than 13,000 presentations on a wide range of science topics.

The idea for the project germinated on Crete, where Alexander Bismarck, Ph.D., noticed goats munching on summer-dry grass in the small village where he was vacationing. “I realized what comes out in the end is partially digested plant matter, so there must be cellulose in there,” he recalls.

“Animals eat low-grade biomass containing cellulose, chew it and expose it to enzymes and acid in their stomach, and then produce manure. Depending on the animal, up to 40 percent of that manure is cellulose, which is then easily accessible,” Bismarck says. So, much less energy and fewer chemical treatments should be needed to turn this partially digested material into cellulose nanofibers, relative to starting with raw wood, he conjectured.

After working with goat manure, Bismarck, who is at the University of Vienna, Austria, his postdoc Andreas Mautner, Ph.D., and graduate students Nurul Ain Kamal and Kathrin Weiland moved on to dung from horses, cows and eventually elephants. The supply of raw material is substantial: Parks in Africa that are home to hundreds of elephants produce tons of dung every day, and enormous cattle farms in the U.S. and Europe yield mountains of manure, according to Mautner.

The researchers treat the manure with a sodium hydroxide solution. This partially removes lignin — which can be used later as a fertilizer or fuel — as well as other impurities, including proteins and dead cells. To fully remove lignin and to produce white pulp for making paper, the material has to be bleached with sodium hypochlorite. The purified cellulose requires little if any grinding to break it down into nanofibers in preparation for use in paper, in contrast to conventional methods.

“You need a lot of energy to grind wood down to make nanocellulose,” Mautner says. But with manure as a starting material, “you can reduce the number of steps you need to perform, simply because the animal already chewed the plant and attacked it with acid and enzymes. You inexpensively produce a nanocellulose that has the same or even better properties than nanocellulose from wood, with lower energy and chemical consumption,” he says.

The dung-derived nanopaper could be used in many applications, including as reinforcement for polymer composites or filters that can clean wastewater before it’s discharged into the environment, Bismarck says. His team is working with an industrial consortium to further explore these possibilities. The nanopaper could also be used to write on, he says.

The researchers are also investigating whether the process can be made even more sustainable, by first producing biogas from manure and then extracting cellulose fibers from the residue. Biogas, which is mostly methane and carbon dioxide, can then be used as a fuel for generating electricity or heat.