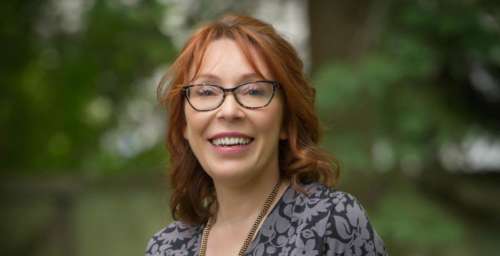 Georgia Mason, the new director of the Campbell Centre for the Study of Animal Welfare. Photo courtesy of the University of Guelph.

Georgia Mason, an award-winning behavioural biologist, has been named the new director of the Campbell Centre for the Study of Animal Welfare (CCSAW) at the University of Guelph. The first of its kind in North America, the Campbell Centre was established in 1989.

“It’s a time of growth for CCSAW, so an exciting time for me to take the reins,” said Mason, a professor in the Department of Animal Biosciences who studies how animals respond to captivity, in an official statement. She holds the Col. K. L. Campbell University Chair in Animal Welfare.

“With our 11 faculty members specializing in animal welfare science and dozens of graduate students and post-doctoral fellows, we are the largest animal welfare research group in the world,” Mason said in an official statement, adding that about 50 University of Guelph faculty members bring multidisciplinary expertise to the centre.

Her predecessor, Tina Widowski, established many graduate courses in animal behaviour and welfare, developed a training program for the Ontario SPCA, and strengthened poultry welfare research and teaching. Widowski became director in 2007 and was appointed Col. K. L. Campbell University Chair in Animal Welfare in 2009.

Intended to promote animal welfare through research and education, the centre raises and allocates funds to support collaborative activities across the University of Guelph, including an annual research symposium and a monthly seminar series.