May 31, 2022
Sponsored by Hamilton Power Solutions 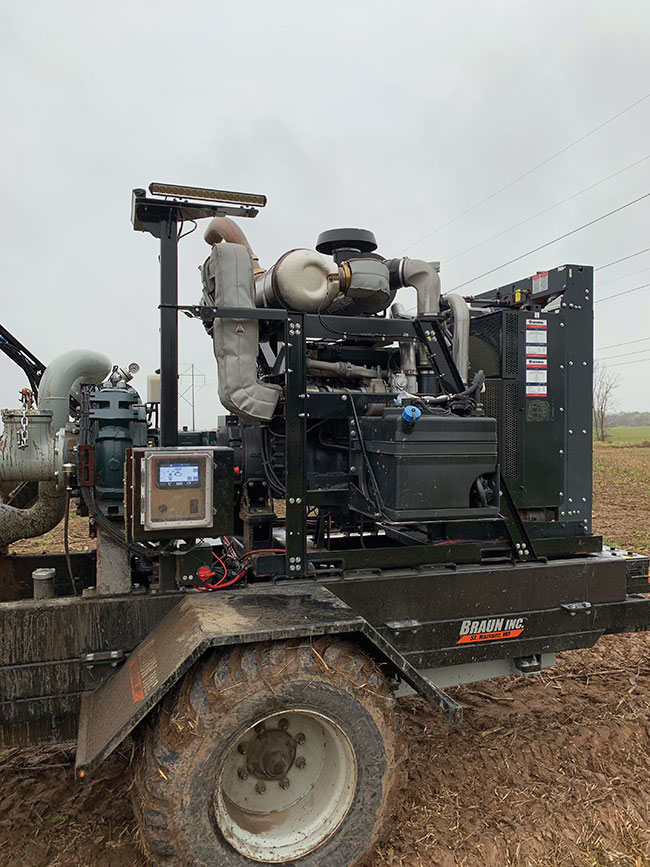 For many years, moving manure has required a pump and an engine. But a meeting between two specialists created a great power solution. Isaac Lemmenes of R. Braun Inc., and Mike Karpe of Hamilton Power Solutions team created a quieter, energy-saving take on the traditional standard.

“Scania is the preferred engine in Europe and is having accelerated growth in the United States, continues Karpe. “People are gravitating to Scania because of the fuel efficiency, powerful performance, and proven reliability. Combined with R. Braun’s advanced telematic system and pump, the whole system is environmentally friendly and offers superior performance.”

After meeting with the Hamilton team and Karpe, Lemmenes adapted an R Braun Inc trailer pumping system to work with Hamilton’s skid-mounted Scania engine package and took the combination to the field. Lemmenes says he was impressed and could see how the system could fit nicely into the company’s commitments to being good stewards of the land and promoting environmental efficiency.

“We put about 300 hours on this combination of equipment in the fall of 2021 and we were able to do the same amount of application with this unit as we have done with larger engines and pumps in the past,” Lemmenes explains. “We worked with the Scania team to size the pump/motor combination for the exact application needed, resulting in an extremely efficient pump unit.”

Lemmenes says adding the Scania engine to the manure application equipment manufactured by R. Braun Inc. turned up some unexpected bonuses. “It’s a lighter design, which makes it easier to move around and it’s much more nimble and user-friendly giving our crews flexibility. When coordinated with our trucking crew, this combination handled 3,200-plus gal/minute with ease.”

Describing R. Braun Inc. as a company of “innovators,” Lemmenes believes adding the Scania engine to its products will change the course of manure application. “We are always trying to improve equipment and be good stewards,” he says.

Karpe notes the engine offers benefits beyond the farm gate, as it is a quiet unit that allows for conversation between farmer and operator within a few feet of the action. This is also a benefit if the operation is occurring near residential areas.

“The Scania engine is so much quieter than other units,” says Lemmenes. He says he was able to speak with his crew within 10 feet of the engine and they were able to talk easily without shouting. 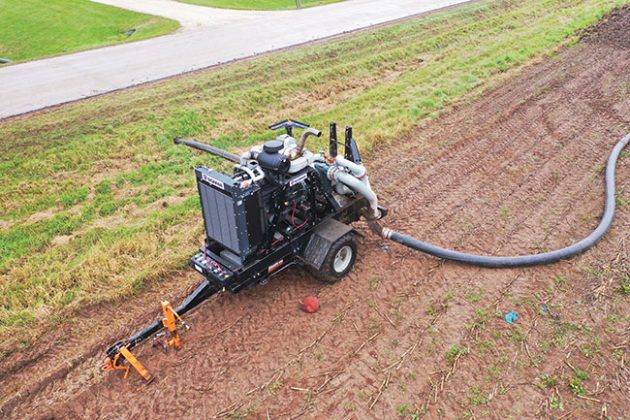 Reduced annoyance aside, both Karpe and Lemmenes extol the efficiencies of their newly formed combination. “The reliability of the Scania engine has been tested and proven through many years and many hours of use because the engine platform has remained the same,” adds Karpe. “We didn’t need to reduce its emissions levels because it has been at the top of the emissions standards in Europe for years.”

While Karpe acknowledges that most engines come plug-and-play to the OEM packages, the Scania engine integrated seamlessly with R. Braun Inc.’s advanced telematic control system. The team had the combination running efficiently in “no time.”

The capability of the Scania engine to provide peak torque even at low RPM’s makes it easy for operators to adjust the size of pump needed depending on the requirements of the application. With the Scania engine and the R. Braun Inc. web-based control system, the team was able to better manage its time in the field. In addition, Karpe says, both teams believed there was “an almost 30 percent reduction in fuel use with this combination.”

The North American market has been slow to embrace Scania engines. Karpe says the hesitancy could be attributed to concerns about getting service support. “The central warehouse in Indiana can get parts delivered in 24 hours and stocks 98 percent of replacement parts at all times,” he explains. “There are just so many reasons to choose a Scania engine and we can reassure farmers the support will be there when it’s needed.”

Lemmenes says their experience with the combination was positive overall. “The Scania power unit coupled to a Cornell 6819 MPC pump proved to be a great match,” he explains.

He was impressed enough by the combination that Lemmenes plans to use it again in the coming season while collecting more data on fuel efficiency, capacity capability and how far the combination can be pushed. “The motor did exactly what we needed it to do, but I think we could do more with it,” he says.

There isn’t much that can be improved when it comes to manure dispersion, but the combination of the Scania engine with R. Braun Inc.’s technology was noticeable. In fact, one of Lemmenes’s dairy customers placed an order for multiple units for the 2022 season for their own operation after seeing the combination in action. “We had successes with this package and that was attractive to our customer,” he concludes.

Another season of manure management is approaching, and both Lemmenes and Karpe believe they have found a time-saving, environmentally friendly, economically attractive adjustment to the same-old-same-old style of animal waste disposal. They may not be revolutionizing how manure is distributed, but they have hit on a combination that fits nicely into an industry that is looking for energy efficiency and opportunities to showcase their commitment to environmental stewardship. •