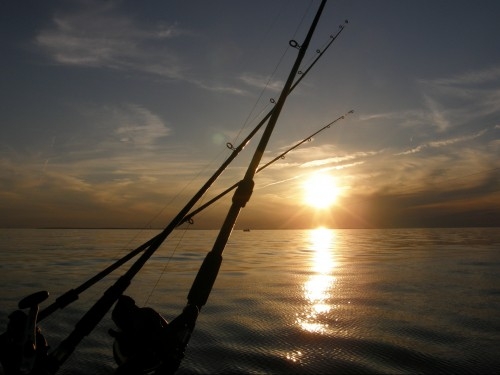 New alternatives to improving the water quality of Lake Erie are being considered as the state continues to aim to achieve a 40 percent reduction in phosphorous flowing into the lake. Thinkstock

Columbus, Ohio – It may not be a popular solution, but a recent study from The Ohio State University shows the least costly way to cut nearly half the phosphorus seeping into Lake Erie is taxing farmers on phosphorous purchases or paying farmers to avoid applying it to their fields.

Doctoral student Shaohui Tang and Brent Sohngen, a professor of agricultural economics, conducted the study in the College of Food, Agricultural, and Environmental Sciences (CFAES).

At a projected price tag of up to $20 million annually, a phosphorus subsidy to Ohio farmers or a phosphorus tax would be far cheaper than many of the proposed measures being recommended to reduce phosphorus in Lake Erie, Sohngen said. These proposals are estimated to cost anywhere from $40 million per year to $290 million per year, in addition to the $32 million spent on current conservation practices.

Phosphorus spurs the growth of harmful algal blooms, which poisoned Toledo’s drinking water in 2014 and impact the lake’s recreation, tourism and real-estate values.

A tax on phosphorus would be an added expense for farmers and “not many people want to talk about it,” Sohngen said. “From an economics standpoint, it is the cheapest option.”

The money generated from a tax on phosphorus, which would be paid by farmers, could be partially returned to farmers for using conservation measures on their land. It could also compensate others affected by the water quality issue including Toledo and lake area residents to pay for improved water treatment and fishing charter businesses that lose income when algal blooms are severe.

Sohngen presented the estimated costs associated with different methods of cutting phosphorus sources to Lake Erie during a recent conference hosted the Department of Agricultural, Environmental, and Development Economics within CFAES.

Each of the options Sohngen presented is aimed at cutting the phosphorus runoff entering Lake Erie by 40 percent within 10 years, a goal the state has been aiming for but has not yet reached.

“If we want to achieve a 40 percent reduction, it’s going to be more expensive than most people imagine,” Sohngen said.

Costlier options than the phosphorus tax and subsidy include reducing phosphorus application on fields by 50 percent statewide and incorporating any phosphorus into the soil so it does not remain on the surface. The price tag on that option is $43.7 million for the machinery needed to incorporate phosphorus and the incentive paid to farmers for not using phosphorus, Sohngen said.

Requiring subsurface placement of phosphorus on only half the region’s farmland acres would cost $49.9 million, he said.

All figures were generated by a mathematical model created by Tang, working under the direction of Sohngen.

In recent years, high levels of phosphorus, a nutrient in fertilizer, manure and sewage, have led to harmful algal blooms in Lake Erie as well as in Ohio’s inland lakes including Grand Lake St. Marys.

Some measures that have been tried in the state have had little impact on reducing the phosphorus load into Lake Erie, Sohngen said. They include planting cover crops on fields during winter and refraining from tilling the land to prevent erosion.

“We’re at the point of a phase shift, of having more information to give us better focus on where we need to turn our attention,” said Gail Hesse, director of water programs for the National Wildlife Federation’s Great Lakes Regional Center.

Hesse, who was the keynote speaker at the conference where Sohngen presented his findings, noted that agriculture is the predominant source of the phosphorus going into Lake Erie.

Climate change, including the increase in intense rainfalls over short periods, has worsened efforts to keep phosphorus out of Lake Erie because rainfall can increase the chances of phosphorus running off a field with the rainwater, she pointed out.

“We don’t have enough practices in place across the landscape,” she said. “We still have more to do.”