Iowa State University will work to determine how manure management strategies can lead to healthier herds – and much more. 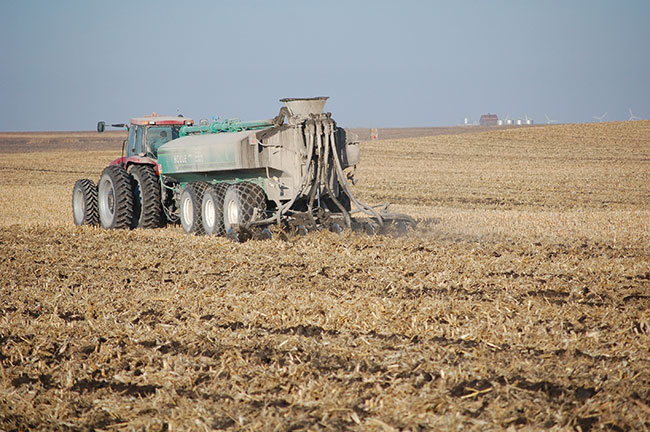 According to the World Health Organization, antimicrobial resistance is one of the biggest threats to global health, food security and development today. A growing number of infections in humans – from pneumonia to tuberculosis, and from gonorrhoea to salmonellosis – are becoming increasingly difficult to manage because microbes are overcoming our available antibiotic options.

The finger of blame is quite regularly pointed in animal agriculture’s direction, with concerns that the land application of manure from animals treated with antibiotics is a cause of increased antibiotic resistance. Yet, agriculture’s role in resistance development is still not well understood.

Enter Iowa State University
A new study from ISU aims to find answers to some major gaps in knowledge about antibiotic resistance development and spread, while also coming up with some practical –  and feasible – resistance-fighting manure management recommendations.

“We use a lot of antibiotics in agriculture to treat animals and in clinical settings to treat humans. The use is necessitated by good causes: we use antibiotics to prevent death and sickness, and to produce food. But we have become increasingly reliant on them, and we’re seeing them become less and less effective,” says the study’s lead researcher, Adina Howe. “What we don’t know is why. Where is the resistance coming from? Is the resistance we’re seeing in animals related to what we’re seeing in hospitals? And is antibiotic usage in agriculture a cause for concern for human health?”

Despite the risks associated with antibiotic resistance, these questions don’t yet have answers.

“We have evidence that this is a concern that is definitely worth looking into, but we have not yet demonstrated a direct link between agricultural and clinical resistance,” Howe says. “This research is novel, especially looking at all the interconnected parts of humans to animals to the environment. Our study is trying to fill the gaps and understand these linkages.”

The research team includes three scientists from the agricultural and biosystems engineering department at Iowa State University – Howe and colleagues Daniel Anderson and Michelle Soupir – as well as chemist Diana Aga from the University of Buffalo.

About the process
Together, the researchers aim to tackle three key areas of study. First, they hope to answer how resistant genes move in different pathways: whether the use of more or less antibiotics on the farm translates to higher or lower movement of resistant genes, and whether those specific genes transfer between ecosystems.

Finally, they intend to learn how varying management techniques impact levels of antimicrobial resistance: for example, whether resistance actually develops during manure storage.

Why it matters
Antimicrobial resistance currently carries daunting costs: longer hospital stays, higher medical costs, increased suffering. According to a 2019 report titled “When Antibiotics Fail” by the Council of Canadian Academies, approximately 26 percent of all bacterial infections reported in Canada in 2018 were resistant to first-line treatment. Additionally, 14,000 people died from those infections, with 5,400 of those deaths as a direct result of the infection’s resistance to antibiotics.

Meanwhile, the Centre for Disease Control in the United States estimates that more than 2.8 million antibiotic-resistant infections occur every year in the U.S., leading to treatment costs of more than USD $4.6B annually and a death toll of more than 35,000. With costs so high, it’s no surprise that governments are eyeing regulation.

“Regulatory pressure is coming whether we want it or not. But this research isn’t government against farmers against hospitals. From my perspective, there’s no value in blame,” Howe says. “This kind of research allows all parties to be part of the discussion.”

In fact, agricultural producers are a critical partner in both the study and in developing solutions, she adds.

“This is very applied research. The intent is to find out what we can do together to manage manure practically, feasibly and effectively,” she says. “We don’t have the data right now to understand where we can make the most impact. Without everyone’s help, it would be very difficult to come up with solutions.” 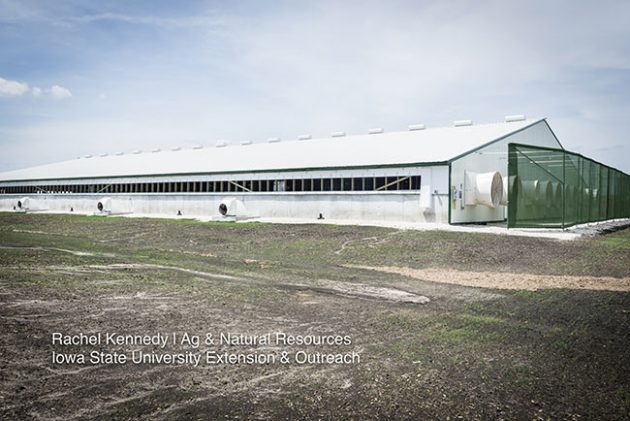 Strategies explored in the study include anaerobic digestion, separating solids and liquids and others.
Photo courtesy of Iowa State University Extension.

Rising to the challenge
“Producers do seem to understand and support what we’re doing because they keep giving us their manure to work with,” Howe says.

The study, funded for four years, began this spring. The COVID-19 pandemic did place some pressure on the study, as recruiting students proved extremely difficult. Still, Howe thinks the research is on track. She hopes to have preliminary data available to share by this fall. As soon as the team starts determining results, they’ll include producers in ongoing conversation.

Already, Howe says the team has shown preliminary evidence that anaerobic digestion appears to decrease some indicators of antimicrobial resistance. They intend to dig deeper into those findings, conduct side-by-side comparisons of anaerobic digestion versus composting versus liming, and expand their existing single-location trials in multiple geographic sites. For now, the work will be swine-specific, primarily because the team has extensive experience working with resistance in hogs.

Antimicrobial resistance is a very difficult issue, not only to mitigate, but also to research. Part of the issue is that researching the movement of resistant genes requires a challengingly wide field of view, including collaboration from experts in animal biology, microbiology, soil structure and chemistry, hydrology, and more.

“Even if you grow pigs to whom you never gave antibiotics, your pigs probably came from a mom that was given antibiotics. So, there’s a legacy effect: a transfer of antibiotic resistant bacteria,” Howe says..

Despite the challenges of the research, Howe is enthusiastic about the work and confident her team can make meaningful steps towards a better understanding of antimicrobial resistance’s mechanisms and its mitigation.

“I’m super excited to get rolling on this work. It has global impact; it has local impact. It’s definitely a place we want to make a difference.” •