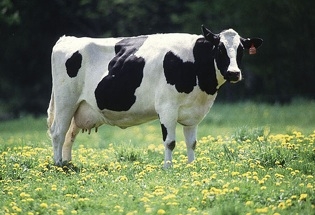 Passing unanimously out of the committee, the Cow Power bill – SB 999 – promotes the use of cow manure as a renewable energy source through the process of anaerobic digestion. The bill also creates an easier, cheaper and faster state and local permitting process for farmers who are interested in adopting this technology.

“‘Cow Power’ is a term for the conversion of cow manure into electricity, enabling farmers to make money by adding a new, desperately-needed source of farm revenue,” said Senator Kennedy. “Instead of storing tons of manure in open cesspools that contaminate the water supply and release tons of climate-destroying methane into the atmosphere, farmers can place the animal waste in an anaerobic digester located on their property.”

An anaerobic digester is a large metal tank that uses bacteria to convert manure and food waste into valuable biogas, which, in turn, provides fuel to a generator that produces electricity that can be used by the farmers or sold on the power grid through virtual net metering. This can allow farmers to assign surplus energy production from their generator to other metered accounts at retail, not lower wholesale, prices.

“Farm-based anaerobic digesters now number over 250 nationwide and have already become significant sources of electricity in places such as Lancaster County, PA, and Vermont,” said Senator Kennedy. “In addition to becoming a valuable and diversified source of electricity, anaerobic digesters solve many other problems, such as eliminating farm odor, reducing manure-based water pollution, and creating a by-product that is non-toxic and pathogen-free that can be used or sold as animal bedding or fertilizer. We need to cut through the red tape, streamlining and simplifying Connecticut’s permitting process to accelerate this technology and save our farms.”

SB 999, which will initially establish a pilot program for three farms in Connecticut, is welcome news for Connecticut’s farmers. The state’s 111 registered dairy farms are seeking new revenue sources to preserve their farms as they struggle to compete with much larger dairy operations in the Midwest, where labor and land costs are cheaper.

The goal of the pilot program is also to identify the best technologies, examine economic risks, and modernize Connecticut’s future digester permitting pathway.

Now that SB 999 has passed the Environment Committee, it moves to the floor of the state senate for further action.