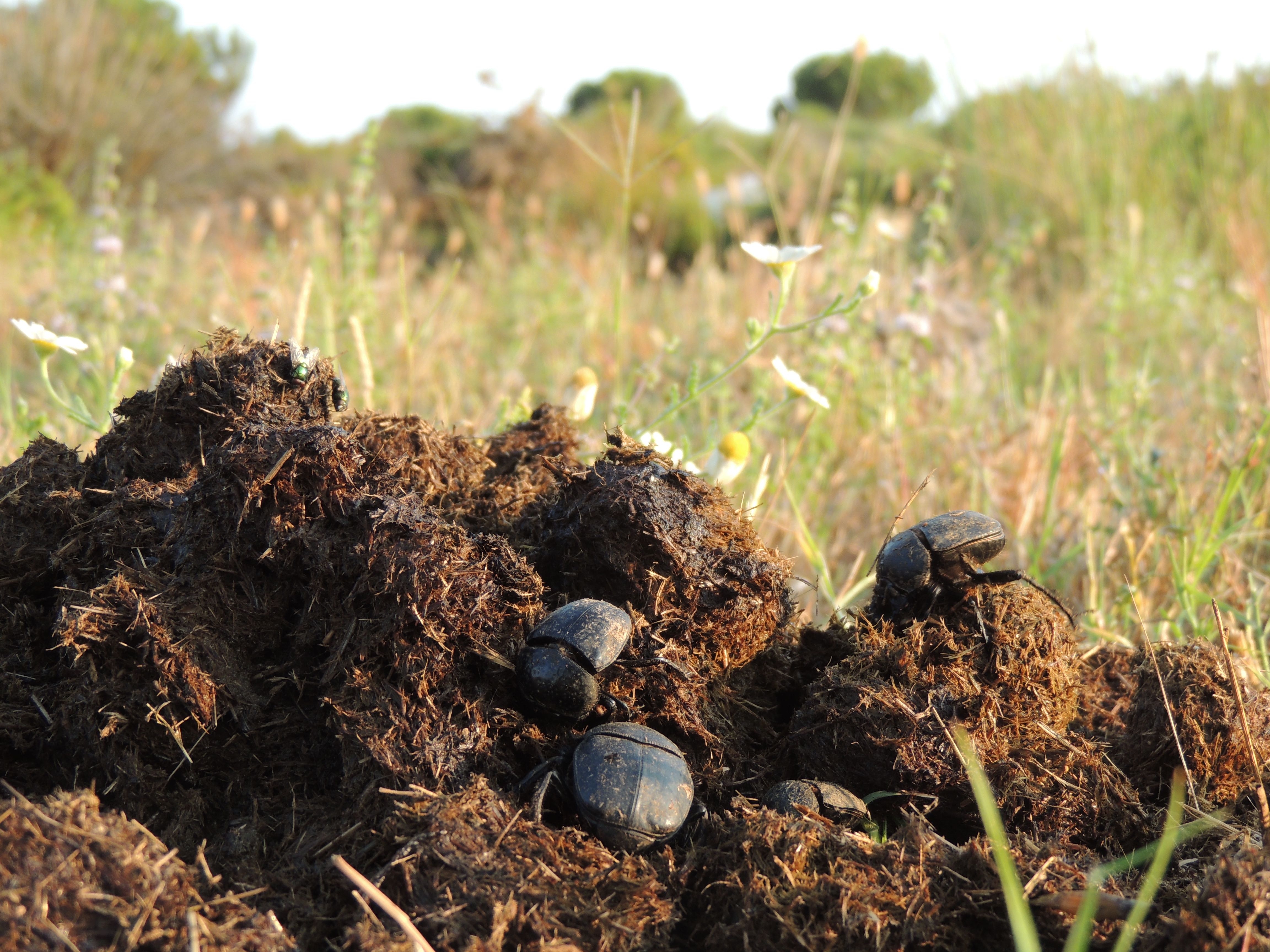 November 24, 2015 – Research led by the University of Alicante in Spain shows the adverse effects of a drug commonly administered to livestock, ivermectin, on populations of a key dung beetle in Mediterranean ecosystems.

A multidisciplinary research team made up of researchers from the Spanish universities of Alicante, Jaen and Granada, the French universities of Montpellier and Paul-Valéry Montpellier, CSIC’s National Museum of Natural Sciences and the IUCN Centre for Mediterranean Cooperation has analyzed the impact of ivermectin on Scarabaeus cicatricosus populations in the Mediterranean. Led by José R. Verdú from the Ibero-American Centre for Biodiversity (CIBIO) at the Universidad de Alicante (University of Alicante, UA), this research shows that arthropods that ingest this substance, even in low doses, become unable to interact with their surroundings since it affects both their olfactory and locomotor capacity. This fact may explain the population decline observed for this dung beetle.

The article – Low doses of Ivermectin cause sensory and musculoskeletal disorders in dung beetles – was published in Scientific Reports in September.

Ivermectin is a very effective anti-parasitic drug that has been used as a preventative in livestock since its discovery in 1981. Since then, its use has increased exponentially to become a standard drug in the treatment and prevention of common parasites, including in human beings. Considered by the World Health Organization as an essential medication, Verdú points out that, although this drug has proven very effective, its widespread use comes at a price.

The issue, researchers have found, is that the ivermectin molecule can survive its journey through the animal and be excreted unchanged. Also, once on the ground, residues can remain active in animal dung for at least a month. This means the drug hits the arthropod populations as hard as it does the parasites it is intended to prevent. It is in this context that Verdú’s team draws attention to the declining beetle populations, reporting that the ingestion of ivermectin affects even mature dung beetles, seriously compromising their mobility, orientation and reproductive capacities.

These findings contradict international veterinary manuals and yet offer an explanation for the decline in population levels reported in other research.

For this study, researchers used electroantennography, olfactometry and muscle force tests for the first time to obtain measures of the insects’ sensory and muscle power. It was carried out in the Doñana Natural Park in southern Spain, testing specimens taken from protected, ivermectin-free sites and land where ivermectin is used. Different rates of decomposition of dung were observed between the two sites, rates being some 30 percent lower in the sites where ivermectin was used. This can be ascribed to the absence of dung beetles as, without them, dung accumulates in the field unprocessed. With populations of beneficial dung feeder species declining over the past 20 to 30 years, “the difference between land with beetles and land without is the difference between roughly 350 kilograms of dung per hectare per year that is not being buried in areas affected by ivermectin”, the researcher said.

So aside from the lethal and sub-lethal effects of ivermectin on dung feeders, the use of this drug has a knock-on effect on the quality of the pasture for livestock, not to mention the irreparable loss of biodiversity in Mediterranean ecosystems. A further consequence is the growth of highly nitrophilous plants, which again are no good for livestock grazing. Researchers also speculate that ivermectin may be present in the food chain, pointing to the insectivorous birds that feed on dung beetles.