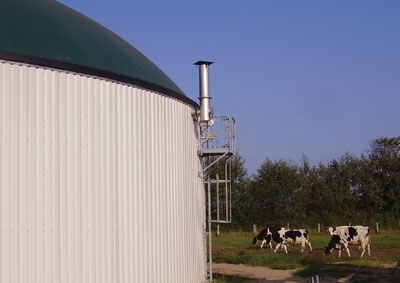 Biogas is primarily used as a fuel for cooking and lighting purposes in various countries, whereas a key motivating factor for development of liquid biofuels is to replace petroleum fuels. Advances in biotechnology, molecular science and microbiology contributed to enhancements in biogas yields production, which led to the development of commercial biogas plants. Biogas plants can convert energy crops, organic industrial and municipal solid waste, and manure, into efficient fertilizer and reduce the odors associated with traditional manure management. In terms of both consumption and production of biogas, Europe is ahead of the other nations mainly due to increased government regulation for environment friendly initiatives. Although Europe dominates biogas production, the trend is also catching up fast in countries like Japan, Australia, New Zealand and the United States. The Asia-Pacific biogas plants market is displaying strong appetite for growth, thanks to the continuous infrastructure development and business expansion in the region, especially in the emerging markets such as China and India.

The recent worldwide economic recession has not had much impact on the global biogas plants market, as the prospects for such emerging renewable energy technology are stored for future. The growing clamor over cleaner and more environmentally friendly energy technologies is offering new market opportunities for alternative energy solutions such as biogas. However, the biogas plant market is resilient and not immune from the business cycle.

Recent turmoil in the global credit markets, and substantial reductions in asset value across business enterprises and households, resulted in reduced energy requirements and difficulties in obtaining finance for biogas and other renewable energy projects. This, coupled with poorly performing foreign markets and high substrate prices that reached their peak in September 2008, scuttled all previously set targets. At the same time, the cost of natural gas delivered to electric power plants declined in 2009 to nearly half the 2008 level and that, coupled with significant expansions of pipeline capacity, had cast downward pressure on biogas prices. Government stimulus packages proved to be the silver lining from the downturn in the global economy. Various government policies, in terms of subsidies, incentives and investments by the biopower companies, shielded the biogas plants market from the devastating effect of the crisis.

As stated in the new market research report, Europe and the U.S. account for a lion’s share of the global biogas plants market. The biogas plants market is primarily localized in Europe, with Germany accounting for a major share of the global production and consumption, while the United Kingdom, Italy and Spain represent other significant regional markets. Although the continued difficult economic scenario is a factor to consider, the industry trends bear out an optimistic assessment, as fundamental market drivers for renewable technologies continue to remain strong. Innovations will continue in processes and feedstocks, while companies, government, and academic institutions pour in funds and expertise to support research and development in the field of renewables.

Biogas has distinct advantages in comparison to other renewable energies, which provides a very strong reason to be sanguine about the future of the biogas sector. The increasing application of renewable fuels in the transport sector across the world also supports the growth of biogas industry.

Renewable fuels, such as biodiesel and bioethanol, demonstrate limitations in terms of reduction in greenhouse gases and resource efficiency. Biogas, prepared from byproducts of biodiesel and ethanol, and from the anaerobic digestion of energy crops and organic residues, holds an advantageous position in terms of resource efficiency and environmental perspective. Biogas can also be purified and subsequently upgraded in quality, as exhibited by natural gas for its injection into the natural gas grids.

For more details about this market research report, visit http://www.strategyr.com/Biogas_Plants_Market_Report.asp