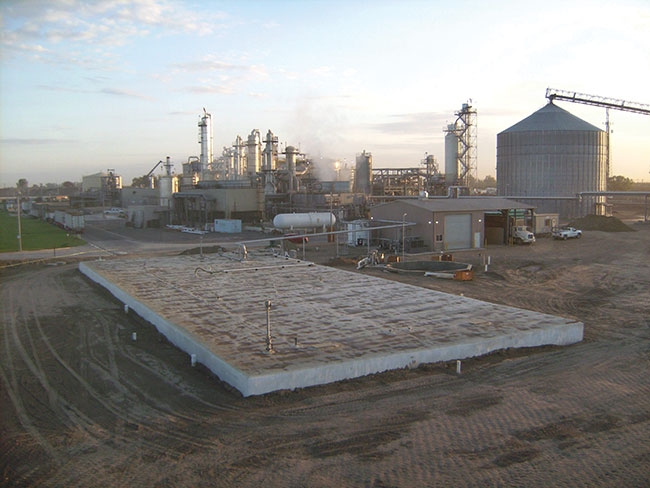 The two-stage mixed plug flow digester was designed by DVO, Inc. of Wisconsin and constructed by Regenis, an anaerobic digester builder based in the western U.S. Regenis

Sustainable energy production entered a new era in California recently as a consortium of American companies joined together with state energy officials to launch the Calgren Ethanol Biodigester, which utilizes waste from dairy farms to power the production of tens of millions of gallons of ethanol, all consumed in the Central Valley.

The two-stage mixed plug flow digester was designed by DVO, Inc. of Wisconsin and constructed by Regenis, an anaerobic digester builder based in the western U.S. It is the first California digester to use agricultural waste to create renewable natural gas to power another renewable energy facility, creating a step forward in a virtuous, zero waste lifecycle.

The process begins with local dairy, Four J Farms, sending its cow waste to the Calgren digester, which captures methane and burns it as clean biogas. While Calgren will be utilizing the renewable gas to power its facility, the digester will also greatly reduce bacteria and pathogens so dairy farmers can reuse the liquids safely on their crops, saving millions of gallons of water and protecting watersheds.

Digesters have other advantages as well, including reducing air and odor emissions, both important issues in California’s Central Valley. According to the American Biogas Council, replacing just 10 percent of California’s natural gas supply with renewable gas would reduce greenhouse gas emissions by tens of millions of metric tons per year, while cutting wildfire, air pollution and landfilling – issues raised by the California Energy Commission (CEC) when they invested $4.6 million in the project.

“The San Joaquin Valley is challenged with some of country’s worst air pollution,” said Janea A. Scott, commissioner at the CEC. “The Pixley Biogas anaerobic digester is the first anaerobic digester on a California farm permitted to use all feed stocks, including municipal green waste and food processing waste. This type of innovative technology helps California meet its clean air, petroleum reduction, and climate goals.”

“I am proud of the contribution that Calgren can make to this incredibly green, low-carbon intensity project,” he said. “Digesters are often talked about, but actually building one and getting it into operation doesn’t happen all that often. This is a marriage of industrial and dairy interests.”

Currently, California is forced to import more than 90 percent of its natural gas, costing the state thousands of jobs and billions of dollars. In fact, California constructed nearly half of all the new natural gas-fired power plants built in the U.S. in 2013. Renewable natural gas could significantly change that equation by utilizing organic waste to power farms, factories and communities.

In January, the CEC issued rules that could send the number of digester projects around the state skyrocketing, a subject touched on by Bryan VanLoo, vice president of Regenis.

“Our mission is to reimagine reusable resources,” he said. “In the case of California, that potential is almost limitless. Utilizing digesters would not only create hundreds of new construction and operation jobs in rural communities like Tulare County, but there is enough organic waste to power two to three million homes or to generate 2.5 billion gallons of clean, ultra-low carbon transportation fuels.”

The digester launch coincided with the opening of the World Ag Expo just up the road from the Calgren facility, as a way to share the technology with those who need to dispose of farm or food waste, and who could generate additional revenue while helping the state to reach its environmental goals.

“The launch of the Pixley anaerobic digester is a great opportunity for the community to learn about the possibilities of anaerobic digestion,” said Steve Dvorak, owner and president of DVO. “DVO digesters are a unique, efficient and high-performance waste management solution for agribusinesses and municipalities. We’re proud to have partnered with Regenis and Calgren on this exciting installation.”

The Pixley digester was also heralded at the event for being the first system in California to be 100 percent American made and constructed.

“Benjamin Franklin, America’s greatest inventor, reminded us ‘waste not, want not.’ Agribusinesses, food processors and municipalities are realizing that Franklin’s words ring as true today as they did over 200 years ago. We’re proud to be a part of that American legacy,” VanLoo said.