In the 25 years since the USDA agricultural air quality task force was first formed, it has evolved to address the most pressing challenges in balancing air quality and agricultural practices. 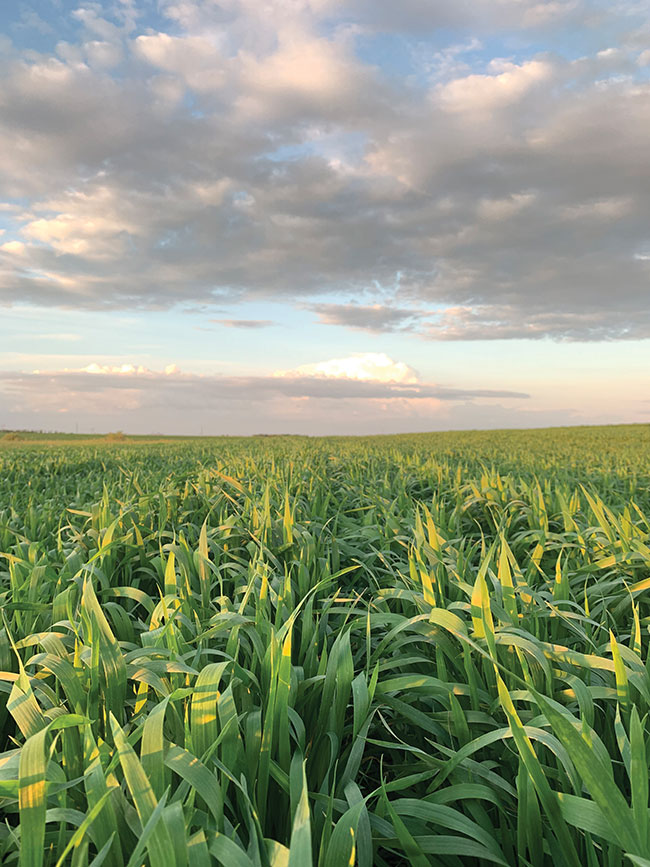 Since 1996, the U.S. Department of Agriculture (USDA) has operated a task force to address the relationship between agricultural practices and air quality. So far, 11 different iterations of the task force have been formed, and over the years the scope of their work has evolved. However, the mission has remained the same: to develop a better understanding of the relationship between agriculture and air quality, and to help develop practices to mitigate and reduce negative impacts.

This past month, the USDA reauthorized the task force, appointing 26 members to serve on this term’s task force. The term runs from Jan. 4, 2021 to 2023.

Manure Manager caught up with Diane Gelburd, deputy chief of science and technology with the USDA’s Natural Resources Conservation Service. Gelburd discusses how and why the task force’s work has evolved, what the current challenges are and how producers can get involved.

Interview has been edited for clarity and length.

Tell us about the background of forming the task force:
The task force was actually first authorized under the Federal Ag Improvement and Reform Act of 1996. At the time, the concerns were related to some of the lack of credible scientific information on the agricultural effects on air quality, particularly related to airborne particulate matter [like] PM10 emissions, with large, inhalable particles. The task force was authorized to try and ensure that agriculturalists could address air quality concerns based on credible data. The mission has always been to advise the spectre of agriculture on air quality and the relationship between [the two] based on sound scientific findings. Part of it was also to ensure co-ordination between various federal agencies in terms of air quality, in particular the USDA and the Environmental Protection Agency.

I was the designated federal official for the task force in the early 2000s, then moved onto some other positions, and came back two years ago into this deputy chief position, which has many responsibilities including the task force, and we were able to get the task force reauthorized.

How has the work of the task force evolved over the last 25 years?
Because the task force is renewed every two years, there’s been about 11 different iterations. In the beginning, they were addressing particulate matter issues and matters related to that. They provided guidelines on the development of methodologies on things like animal feeding operations.

But one of the things that is really significant from an operations perspective is that in 1996, we had no conservation practices specifically addressing air quality. Now we have 170 different practices. Since the establishment, we now have four primary conservation practices to address ag quality air issues. We have also revised 47 other practice standards to include consideration for air quality, and we are also able to provide some financial assistance to producers under our various programs to help them address and improve air quality.

In addition, we now have an air quality initiative that provides assistance to particular air quality resource concerns. We have $37 million provided to address those concerns – that just shows how important it has become.

Who makes up the task force?
With the fresh reauthorization, we have 26 members now. Membership varies depending on the applicants we receive, but currently, our members represent 17 states of varying geography and various viewpoints and perspectives on air quality.

Of our current batch, we have six agricultural producers, nine agricultural air quality scientists, four representatives from the environmental health and regulatory community and seven agricultural industry representatives, whose expertise is associated with several animal species, commodity crops, atmospheric chemistry, carbon and nitrogen emission and more. So it’s a very broad representation of interests and expertise for making recommendations to the secretary. And there’s a number of major air quality concerns that we will probably be dealing with in the near future.

What should people know about producers’ relationship with the environment?
Producers care greatly about air quality, and about all of our resources, because they can’t sustain their operations without having a high-quality environment. Their operations, their livelihoods and their own personal lives depend on having clean air and clean water, as well as protecting wildlife. They’re constantly looking for ways to improve it.

We have actually been working with producers in the USDA through what’s been called the Ag Innovation Agenda to encourage innovative technology to actually help address and reduce the environmental footprint associated with agriculture. You’ll find that a lot of producers are going the extra mile to improve not only air quality but many other aspects of the environment.

If producers want to get involved or follow the work of the task force more closely, what can they do?
We meet two to four times a year, and all of our meetings are public meetings. So, they are welcome to listen in to the meetings, to participate and provide comments at these meetings. We also welcome questions at any time. The designated federal official who manages the task force is Greg Zwicke, so they’re welcome to contact myself or Greg anytime at diane.gelburd@usda.gov or greg.zwicke@usda.gov. •