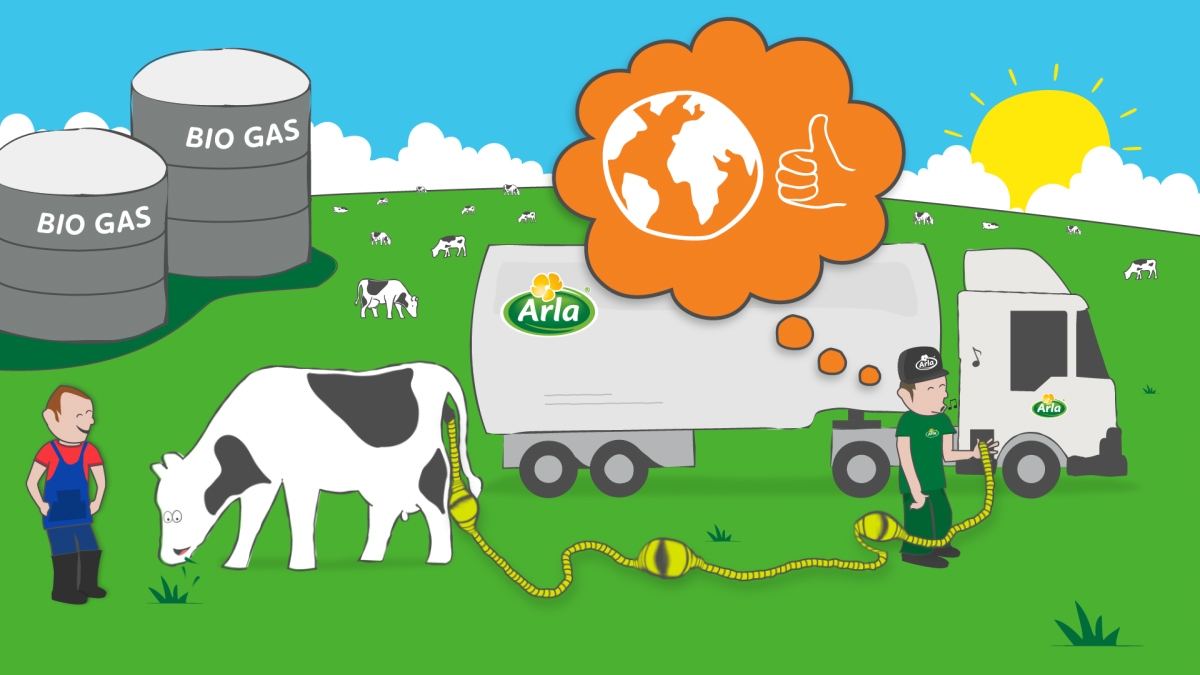 Cow manure can do a lot more than create wrinkly noses. It is poised to be pivotal in a biogas revolution and contribute to a fossil-free fuel future. Pioneering Arla farmers are starting to make the most of their cow’s manure by turning it into biogas, which is now powering an Arla milk truck in Sweden.

It’s not only the climate that profits from poop. The biogas can be a source of the income for Arla’s farmer owners, and the biomass that remains after the cow manure is digested can be used as a fertilizer, which is more nutritious and odourless than the cow manure, creating a closed-loop system.

“The biogas initiative in Sweden demonstrates the potential of our farmer owners in Arla’s transition to becoming carbon net zero in 2050. We have a huge opportunity to develop the market for biogas as the cow manure from the Arla farmers in Sweden alone corresponds to 54 million litres of diesel,” says Kristian Østerling Eriknauer, vice president of corporate responsibility in Arla.

More trials on fossil-free fuels across markets
The biogas initiative in Sweden is one of several fossil-free fuel trials for transport running across the farmer-owned cooperative.

Over the next two years, as well as poop-powered vehicles, battery-powered electric trucks will be tested in Arla’s core markets.

“Technologies are developing fast and so is the political landscape, which is why we follow developments and test emerging technologies before investing in full-scale rollouts,” says Kristian.