Excessive doses of organic
residues in agricultural fields could be dangerous for plants,
invertebrates and microorganisms living in the soil.

Excessive doses of organic residues in agricultural fields could be dangerous for plants, invertebrates and microorganisms living in the soil. 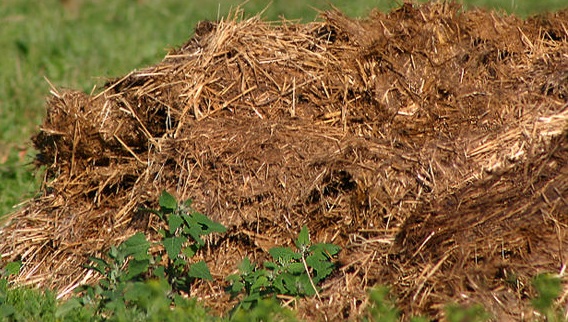 This is the finding of a study carried out by the Autonomous University of Barcelona (UAB) in Spain, which has shown that the use of appropriate levels of fertilizers would prevent this toxic impact on the soil biota.

Although controlled amounts of organic residues, sewage sludge and animal waste are a good choice for soil fertilization, they can have damaging effects on soil biota when applied in excessive doses. In an effort to prevent these toxic impacts on soil, a team of researchers from the UAB’s Centre for Ecological Research and Forestry Applications (CREAF) has carried out a test that sets the maximum safe doses for organic fertilizers.

“We based this on bio-trials in the laboratory using soil-based organisms that are representative of agro-ecosystems, and which need to be protected: plants (Brassica rapa, Lolium perenne and Trifolium pratense), earthworms, annelids, collembola and micro-organisms,” explained the study’s lead author Xavier Domene.

The research, which has been published in the magazine Environmental Pollution, shows that the low levels of stability in the residues used is one of the main reasons for their damaging effects on plants and animals. “The rapid decomposition of the residue in the ground generates substances such as ammonia, which is the main cause of the toxic effects observed,” said Domene.

The researchers believe that using these residues in agricultural fields at levels below this cut-off limit would protect 95 percent of the species potentially present within an agro-ecosystem. The study goes on to explain that by comparing the safe dose with the amounts usually used it is possible to assess the potential impact on soil biota.

According to the researchers, “eco-toxicological criteria should also be included in legislation in order to prevent the environmental impact caused by the use of organic residues.”