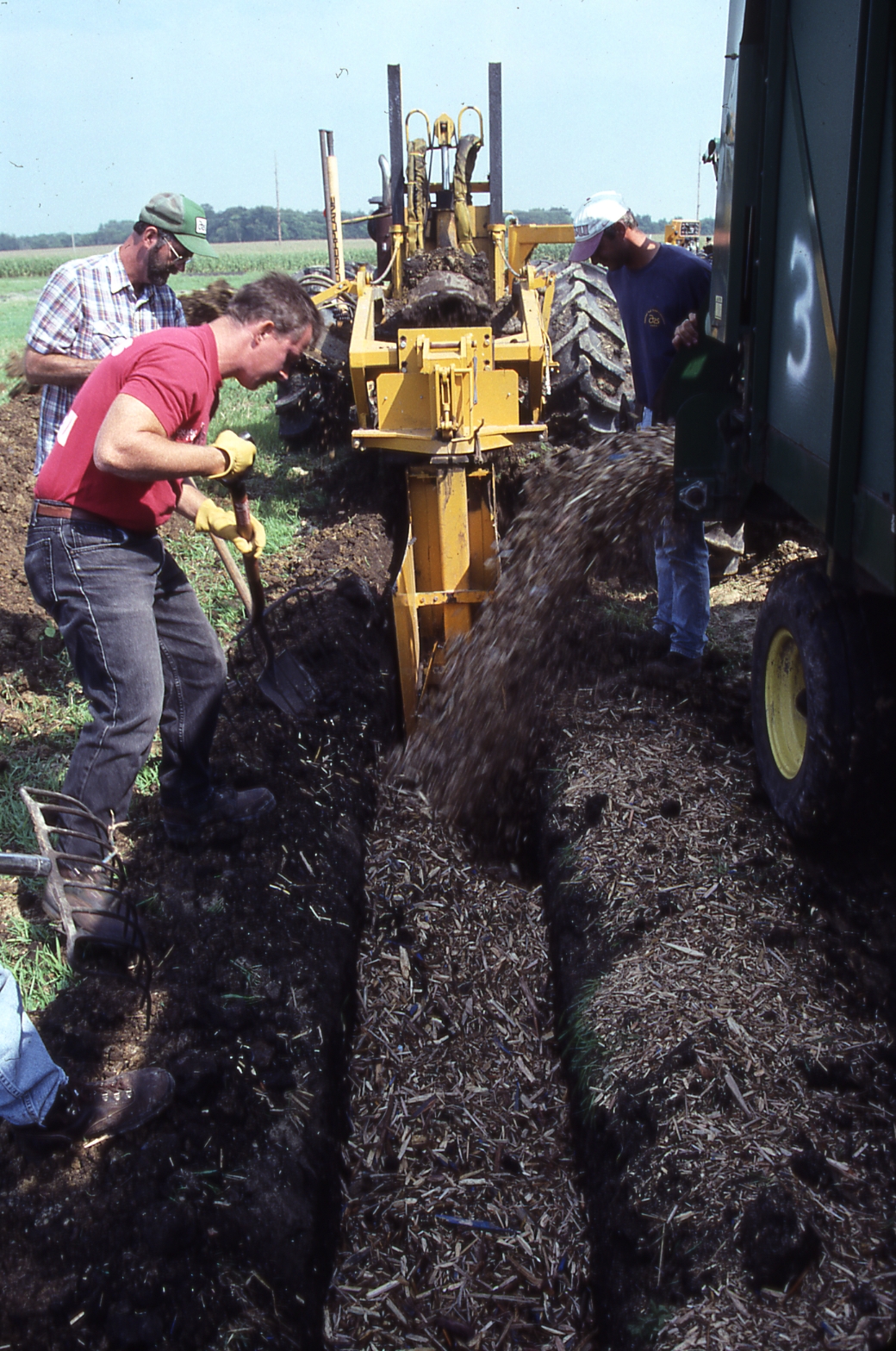 November 2, 2010 – Excess
nitrogen from agricultural and urban lands is contaminating groundwater,
streams, lakes and estuaries, where it causes harmful algal blooms and
contributes to fish kills.

November 2, 2010 – Excess
nitrogen from agricultural and urban lands is contaminating groundwater,
streams, lakes and estuaries, where it causes harmful algal blooms and
contributes to fish kills.

Cost-effective approaches
to removing this nitrogen from croplands and urban stormwater runoff before it
reaches sensitive water bodies have been elusive.

But simple and inexpensive
technologies are on the horizon. A recent scientific workshop on
denitrification brought together ecologists, engineers and policy experts to
find answers.

Denitrification is a
biological process carried out by soil and aquatic microorganisms, in which
forms of reactive nitrogen are converted to unreactive and harmless dinitrogen
gas.

Findings from the workshop
– held in May 2009 at the University of Rhode Island – were published in the
November 2010 special issue of the scientific journal Ecological Engineering.

At the workshop, more than
40 participants combined their expertise to address the goal of using
ecological principles in engineering design to control nitrogen pollution.

One workshop goal was to
evaluate a new and relatively inexpensive way to treat wastewater and drainage
from agricultural lands using “denitrifying bioreactors.”

These bioreactors use
common waste products, such as wood chips, to provide a food source for
naturally occurring microorganisms. The microbes convert dissolved nitrogen
into harmless nitrogen gas, which is then released to the atmosphere.

Research results in
Ecological Engineering are reported from New Zealand, Canada and several
locations in the United States.

All confirm that
denitrifying bioreactors may be used in many settings, and operate well in a
range of temperatures.

The systems have been
successful in the cleanup of domestic effluent from small townships, septic
tank systems and wastes from dairy farms, says Louis Schipper of the University
of Waikato, New Zealand, author of the lead paper in the journal.

“Denitrifying bioreactors
have been integrated into agricultural fields,” adds Eric Davidson of the Woods
Hole Research Center in Falmouth, Mass., and co-author of the journal’s lead
paper.

“Underground drainage
pipes there remove excess water that contains excess nitrogen. By intercepting
some of this drainage water, direct inputs of nitrate to surface water can be
reduced.”

The largest bioreactor
tested, by Schipper and colleagues Stewart Cameron and Soren Warneke at the
University of Waikato, is 200 meters long by five meters wide by two meters
deep. It treats effluent from greenhouse-grown tomatoes.

Research led by Will
Robertson of the University of Waterloo found that bioreactors may operate for
more than a decade without replacement of wood chips or substantive
maintenance.

Similar longevity was
confirmed in research in Iowa by Tom Moorman of the USDA-Agricultural Research
Service.

Studies by D.Q. Kellogg
and Art Gold of the University of Rhode Island demonstrate that recent advances
in geospatial data – such as computer-based maps of geologic and land-use
patterns – provide a decision-support tool for local regulatory and planning
agencies.

These advances, Kellogg
and Gold say, will help reduce nitrate-loading to downstream waters.

A study conducted at the
University of California at Davis by Harold Leverenz and reported in the journal
showed that plants may be grown on the surface of denitrifying bioreactors,
providing biodiversity benefits.