Connecting phosphorus producers with phosphorus users to increase the sustainability of this crop nutrient. 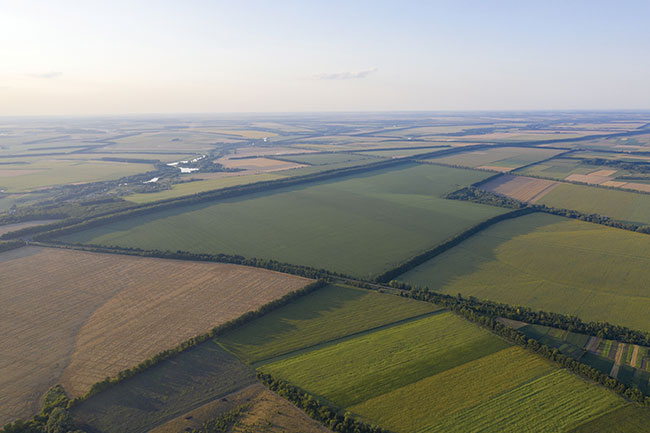 One of the biggest challenges with manure is making the connection between the provider and the user: those who have it struggle with where to put it, and those who need it can have a hard time finding it. Sometimes these two groups can be closer in geographical distance than previously thought, but still worlds apart because they don’t have a way to find each other.

Through the Stevens Institute of Technology, researchers have found ways to identify regions with large volumes of manure-based phosphorus, as well as regions that lack it, to enable its recovery, recycling and reuse.

Phosphorus is a finite resource produced from rocks containing the nutrient. Sources aren’t evenly distributed around the globe, leading to production and import expenses that could be partially reduced if phosphorus recovery became common. A statement from the Institute earlier this year notes that in 2019, the world’s farmers will use more than 45 million metric tons of phosphorus fertilizers. At the current rate of use, known sources of the nutrient won’t run out for several centuries, but it remains an essential farming resource with limited availability. Despite finite quantities, phosphorus can be recycled.

Steve Powers is the first-author and driving force behind the Manure Mapping project. He was a researcher and instructor at Washington State University throughout its development. Working alongside him, often virtually, were a number of other researchers from around the world, including David A. Vaccari, professor of environmental engineering with the Stevens Institute of Technology. Powers, Vaccari and other contributors came from four continents and a number of countries, each involved in a number of aspects of the project, managing to integrate their work in-person and virtually.

The collaboration between Vaccari and Powers began about four years ago and led to the identification of regions where there is an excess of phosphorus or a need for it. Data sets of crop production and concentrations of humans and livestock farming allowed for “hot spots” of need or excess to be defined. These hot spots were then put into a grid of the earth divided into approximately six-mile (10-kilometer) blocks to allow for regional identification of manure source and lack locations. While Vaccari’s own work looked at the movement of phosphorus through the food system, it lacked the regionalization that made the knowledge actionable.

Data sets of crop production and concentrations of humans and livestock farming allowed for “hot spots” of need or excess [of manure] to be defined.

“It’s a systems view of all those flows,” he says of his work in looking at the movement of phosphorus. “To see which layer in conservation efforts would give the most bang for the buck. Of course, manure is one of those. One of the criticisms of my work, the high-level model I worked on, [was that] it was not resolved regionally, so [Powers] took that next step. He broke the world down into all those hexagons and found data on all the parameters for each of the areas.”

Combined, Powers’s “big data” approach and Vaccari’s “what if” model look at various options for phosphorus conservation. The information may be able to reduce the strain on the planet’s finite phosphorus sources and possibly reduce costs to farmers. Because the nutrient is recoverable, recyclable and reusable, farmers can limit reliance on newly sourced phosphorus. According to the data, a number of regions could benefit economically from recycling their phosphorus.

B.C.-based Langley Environmental Partners Society has a number of manure management programs, including Manure Link,  a “dating site” for manure.

Vaccari suggests starting with the low-hanging fruit by working in the highest concentration areas in order to get the best return on efforts. For example, animal waste has five times the volume of phosphorus as human waste. Identifying the points on the map that have large concentrations of phosphorus from livestock farming may indicate regions where policy makers and innovators can implement programs for phosphorus movement to those who need it.

Vaccari suggests starting with the low-hanging fruit by working in the highest concentration areas in order to get the best return on efforts.

“I think this points to places where these conservation efforts, such as manure recycling, are more likely to have benefits because it shows physical proximity between production and demand,” he says. “It shows them where to apply their efforts. If that works, farmers will likely benefit from those kinds of efforts.”

The Manure Mapping project creates a number of opportunities for a wide range of stakeholders. The first is farmers who may be able to partner with each other in order to create direct distribution channels for the movement of manure. They may also want to encourage innovators to establish tools like bio-digestors in their region if they are in one of the hot spots with an excess of phosphorus-rich manure.

“I would love it if the farmers went out and said, ‘I need this kind of stuff, if there’s anyone that has what I can use,’” he says.

The second group of stakeholders that may benefit is policymakers. These individuals can use the Manure Mapping data to identify high volumes of phosphorus and create regulations around the movement and reuse of the nutrient in order to reduce environmental impacts and lower costs crop farmers face in the purchase of phosphorus-based nutrient additives. This takes the information about phosphorus sources one step further to regulate how it can be recaptured, recycled and reused so that it doesn’t leach into waterways and other sensitive areas while benefitting those who need it.

The third groups of stakeholders that can benefit from manure mapping are the innovators and other third-party groups already looking to find solutions to manure over-abundance issues. One such group in Langley, B.C., is the Langley Environmental Partners Society (LEPS), which has a number of manure management programs, one being the Manure Link website which is the equivalent to a manure dating site.

Langley has a large number of equestrian farms, so the volume of horse manure in the community is significant. Those with manure simply go to the site at manurelink.com and click on “I have manure” to add their own listing about manure they have available. Those needing manure can click “I want manure” to see the listings of manure available in various areas.

“This is where those third parties can be most productive,” Vaccari says. “That would be the first audience for this kind of work. These people can look at [the manure map] and say, this is where our efforts can bear fruit.”

“These people can look at [the manure map] and say, this is where our efforts can bear fruit.”

He explains that with farming going to monocropping and single-focused farms over the past decades, the creation and use of manure has lost its balance.

“Nowadays, it’s not like the old days where people raised cattle and they raised their own feed for the cattle,” he says. “It’s common where one farmer grows the feed and they ship it to what we call an animal-concentrated area. We’ve separated the feed production from the animal production. We need to close that loop to prevent phosphorus and other nutrients from polluting our water and while we’re at it, using nutrients in a sustainable way.”

Currently, farming around the world generally uses phosphorus once. The waste goes into food and never makes it back to a farm.

“The goal in all of this is to find a way to close those loops again, like they used to be,” he notes. “It’s not so easy now that we’ve separated all of those functions.”

Vaccari notes that Europe is already working on ways to recycle their phosphorus as they have no local source of it. The U.S. does have some phosphorus mines, but those are subject to depletion over time.

“If we largely deplete our reserves, the next source is really the biggest source, a country that controls over 70 per cent of the world’s known reserves,” he says. “That is the country of Morocco.”

He sees the project as delivering dual benefits, the first is to recycle, reuse and make better use of a non-renewable resource while potentially reducing a farming cost; the other is the reduction of nutrient leaching into waterways that can cause contamination. Whether it’s farmers, policymakers or individuals who care about the earth, it’s a common goal everyone should be able to support.