How a lawsuit relating to manure haulage could have repercussions across the U.S. 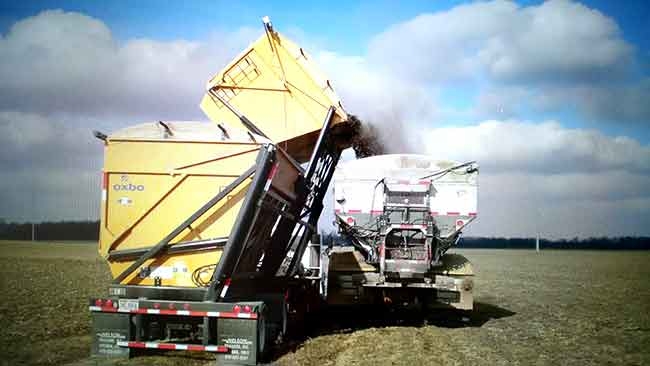 In 2006, a manure-hauling company called LandTech signed a 10-year deal with Ohio Fresh Eggs to remove chicken manure from farms in Hardin County.

A legal dispute in Ohio that has gained widespread attention over the last two years could have repercussions for custom manure applicators in the state and beyond.

In 2006, a manure-hauling company called LandTech signed a 10-year deal with Ohio Fresh Eggs to remove chicken manure from farms in Hardin County. In 2013, Trillium Farm (which had begun leasing the farms in question) terminated the contract and went with a lower-cost hauler. LandTech sued the two egg companies for the income it would have received from services rendered during the last three years of the contract.

For their part, Ohio Fresh Eggs and Trillium Farm claimed the contract expired in 2011. Trillium also contended that since it was only leasing the farms, it was not a legal ‘successor’ to Ohio Fresh Eggs and should not be subject to any agreements made before the leases began. The jury, however, ruled in favour of the manure-hauler and, in November 2014, it unanimously awarded $5.1 million to LandTech (exactly the amount sought), half to be paid by each defendant.

Trillium and Ohio Fresh Eggs weren’t ready to give up. The companies appealed the ruling and won their appeal in October 2015.

The Appeals Court of Ohio reversed the 2014 jury verdict based on the premise that since the contract did not specify an exact quantity of manure LandTech was to have removed, the contract was not enforceable.

“I can tell you, there is no manure hauling business in the U.S. that specifies exactly how much manure will be hauled in a given time period,” stated Harry Landberg, co-owner of LandTech, in a press release at the time. “We agreed in our contract to haul everything from specific barns…However, if there were any issues such as diseases, fires or other things, obviously the quantity would change. The entire industry operates this way.”

Connor Kinsey represents LandTech, along with his colleagues at Thompson, Dunlop & Haydinger, a law firm in Bellefontaine, Ohio. He describes the Appeals Court decision to reverse the jury verdict as a big surprise to both his firm and his client. In terms of the implications, “common sense would tell you that it is impossible to predict exactly how much manure will be produced by millions of birds over a specific time period,” he says. “If manure-hauling contracts without specific quantity terms are unenforceable, this could have dire consequences for both producers and haulers.”

Kinsey explains that in Ohio, something called the ‘predominant purpose test’ is applied to analyze contracts that include both the provision of services (in this case manure removal) and sale of goods (purchase of the manure).

“We believe the Third District Court of Appeals incorrectly concluded the predominant purpose of manure removal contracts is the purchase of the manure, rather than the provision of manure removal services,” he says.

Putting things in the larger legal and environmental context, Kinsey explains that in Ohio and elsewhere, regulations require poultry and livestock producers to dispose of manure in accordance with certain standards.

“This is crucial to protect neighbors from nuisances related to the manure odors and insects, and perhaps more importantly, to protect lakes, river and streams from the catastrophic dangers manure runoff can present,” he says. “In order to operate in accordance with current regulations, haulers must invest hundreds of thousands of dollars in equipment, labor and facilities. If manure-hauling contracts are unenforceable without a specific quantity term, and producers have the ability to terminate a contractor if another hauler is willing to pay more per ton for the manure, it’s difficult to imagine any hauler would be willing to invest in the capital necessary to responsibly haul and dispose of the huge quantities of manure produced by commercial livestock operations.”

Kinsey also observes that in the opposite scenario – if fertilizer prices fall to the point where haulers are not making money selling collected manure to farmers for their fields – haulers in such contracts could walk away from their obligations to remove and dispose of the manure. This could effectively shut down large producers.

“The egg farms at issue in our case sought out LandTech to provide these services because the State of Ohio required them to do so as a condition of continued operations,” Kinsey explains. “Without LandTech providing these services, as we believe LandTech was contractually bound to do, the egg farms seeking to tear up this contract for a better deal would be out of business.”

Kinsey and his colleagues are preparing to file a petition with the Ohio Supreme Court for a new and definitive ruling, but that’s no guarantee that the court will choose to hear the case.

“Assuming the Court grants our petition, we are still crafting our strategy at this time,” he says.

What will happen if the Ohio Supreme Court chooses not to hear the case, or if it finds in favor of the arguments presented by Ohio Fresh Eggs and Trillium Farm? What would this outcome mean for LandTech, for other custom manure applicators in Ohio, and for custom applicators in 48 of the other 49 states where contract law involving sales of goods is followed?

“The implication could be that all manure contracts currently in place which do not set out a specific quantity term are unenforceable,” Kinsey states. “For haulers, this could be terrible, as it would void any long-term supply stream if a higher bidder comes along. This means that investments in equipment, labor or facilities that rely on long-term contracts could be lost.”

He also notes the implications could also reach outside the world of manure hauling. For example, commodity recycling contracts operate similarly to manure hauling agreements, in that the service (recycling in this case) is provided by one party, and that the consideration for that service is also legally considered a good (the commodity to be recycled).

“Because the good has value, money changes hands, but the essence of the transaction is that services are being provided,” Kinsey says. “In exchange for providing the services, the recycler gets the commodity at an agreed-upon price. When a large grocery store enters into a recycling contract, it agrees with the hauler/recycler on a price based on what the food scraps, cardboard and so on is worth, but the predominant purpose of the transaction still is the provision of recycling services.”

Anyone interested in contacting Connor Kinsey about this case can reach him at ckinsey@tdhlaw.com or 937-593-6065.