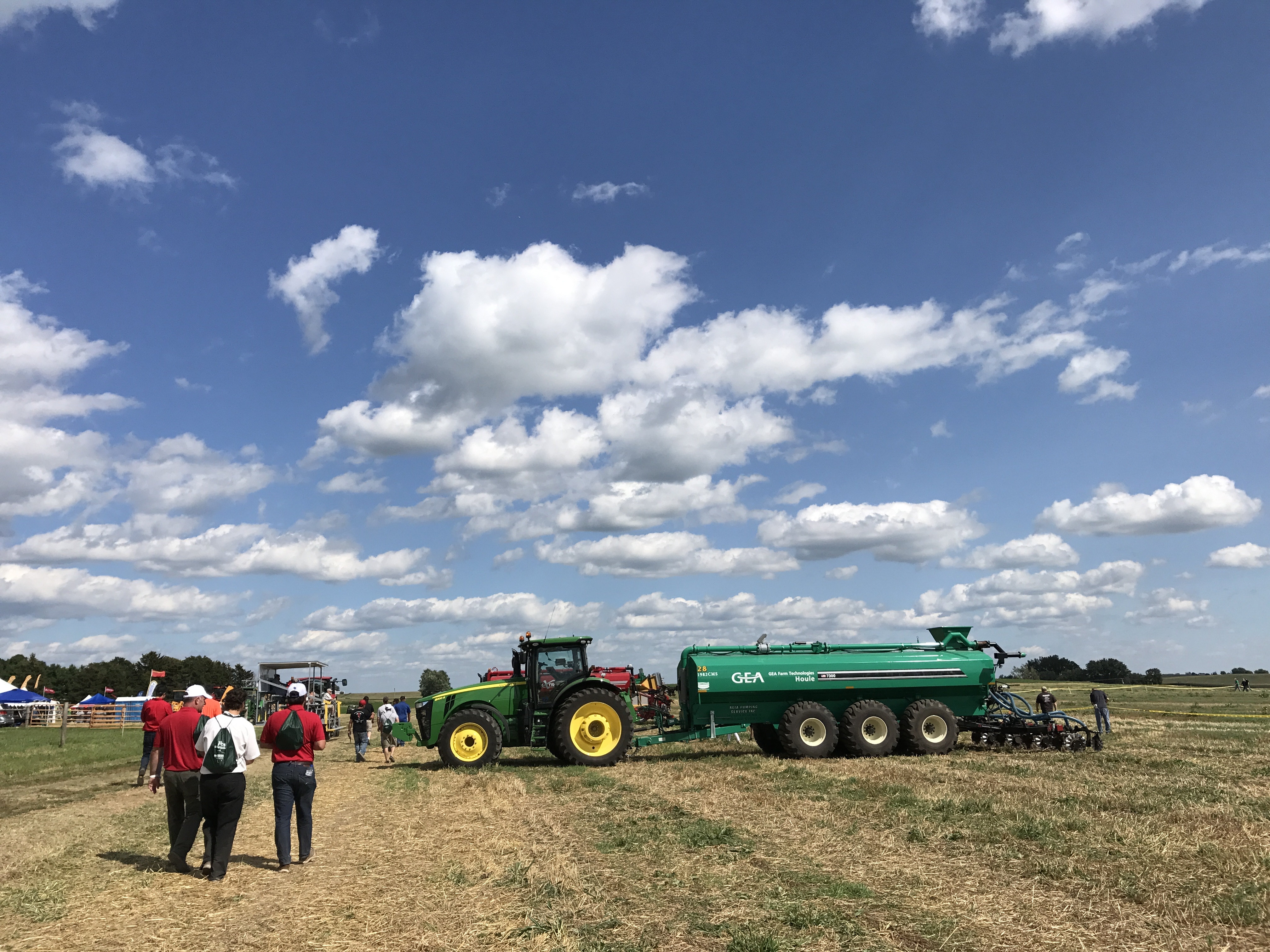 September 5, 2017, Arlington, WI — Who knew there was so much to learn about animal droppings?

Amanda Kasparek works with farmers, as an agronomist for the Clark County Land Conservation office.

But the North American Manure Expo, held at the University of Wisconsin’s Arlington Agricultural Research Station, offered Kasparek new insights, and not just about the different types of machinery on the market for spreading organic fertilizer on crop fields.

“I thought all manure was manure. I thought they were all the same,” she said, as she traveled, by tractor-drawn bleacher wagon, to the various field demonstrations on Wednesday afternoon.

But not all droppings are created equal. Some is heavier; some is lighter. Some has more solid pieces; some is more easily liquefied for application. And some animals produce more effective fertilizer than others.

Paul Neeb, who came to the expo from near Kitchener, Ont., said his experience on his farm — he raises beef cattle and laying hens — has shown him that poultry manure makes, by far, the most effective fertilizer.

“A chicken,” he said, “processes its food more efficiently than other animals.”

An estimated 700 to 800 people came to the two-day event, which includes tours, classes, demonstrations and a trade show. Most of the license plates on vehicles in the parking area were from Midwest states such as Iowa, Missouri, Minnesota and Illinois.

Whether you’re talking dairy cattle droppings, pig poop or gifts from the feathered colons of chickens or turkeys, it is anything but a “waste product.”

Mark Berning, territory representative for the Ohio-based Cadman company, stood in the midst of a 62-foot, 25-hose continuous manure spreader under a sign that said “It’s Time to Rethink Manure Application.” He said the value of manure as fertilizer, which has been known as long as humans have cultivated crops, is even greater now, as the costs for producing and hauling chemical fertilizers have skyrocketed. READ MORE