Mental health, exhaustion and short staffing are all considerations in modern ag work. 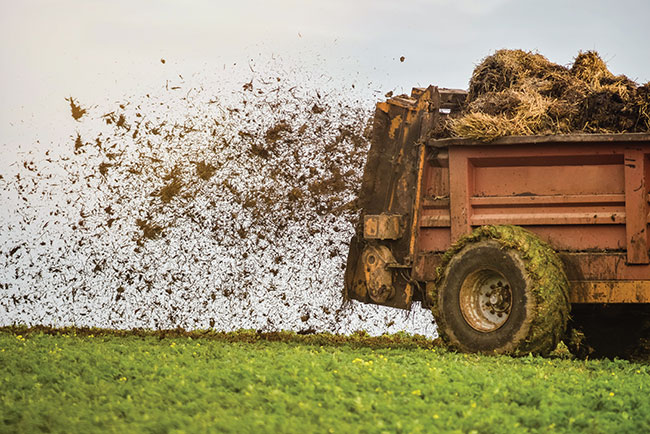 In many ways, the biggest threats to personal physical safety in the manure industry remain the same. And much of the best advice and practices remain the same: stay vigilant, have a buddy when possible and be aware of your risks.

However, many of these challenges are exacerbated by the unique circumstances of 2022. The mass voluntary exodus of employees known as the “Great Resignation” has been ongoing for both farm and applicator businesses for some years but accelerated with the pandemic. The stress of short staffing has created extra stressors around fatigue, lack of focus, lack of supervision and strains on mental health. While some tasks might have the recommendation of a “buddy system” for safety, some workers may find that this is no longer an option. And with some workers potentially having to work longer hours, that could mean fatigue becomes a bigger factor.

While there are new, renewed or more complex challenges, many safety risks in manure come down to familiar principles – and there are still an array of ways to prevent accidents.

These interviews were featured in The Spread, Manure Manager’s podcast.

The biggest immediate threats
A December 2020 dissertation by Mahmoud Nour submitted to Purdue University examined farm-related injuries pertaining to manure storage and handling. In his dissertation, Nour detailed results of a pilot summary of U.S. incidents in 2017. A total of 28 incidents involving 39 individuals were documented that year. Of these 39 individuals, 21 cases (54 percent) were fatal. Out of the 28 incidents, eight involved multiple fatalities and/or injuries. Two victims were reported in six incidents, three victims in one and four in one other.

Injuries in manure skewed younger than other aspects of the ag industry; the average age of victims in the study was 36, which is much lower than the approximate average age of accident victims in the grain industry, which is 53. Nour noted limitations in the study and that the type of toxic gas or level of oxygen that fatality victims were exposed to was rarely confirmed, but past research helped him determine that high concentrations of hydrogen sulfide were significant contributors to those deaths. In the 21 asphyxiation deaths, handling equipment was the most frequently identified agent (eight cases) followed by transportation equipment (five cases).

Dan Andersen, assistant professor with Iowa State University in the department of agricultural and biosystems engineering, says with this in mind, it’s important to ensure ventilation is in top shape.

“Oftentimes when I go around the state to farms, some of those fans that have been off for some time to save a little bit on propane don’t always turn on correctly.” Having everything in place is key, says Andersen, because there often is no turning back once you start a task. “When you agitate, you’re going to release hydrogen sulfide.”

Mental health and exhaustion
There’s no denying it: agriculture work is tiring. It always has been. But the last few years have been on a whole new level.

Josie Rudolphi, an assistant professor and extension specialist with the University of Illinois-Urbana Champagne in the department of agricultural and biological engineering, has focused much of her career on child agricultural injury prevention, young adult agriculture work and mental health in agriculture. She says while all jobs are stressful, Agriculture has “a lot of unique stressors.”

“Working for extension, I don’t have to worry about when my next paycheck comes in, I don’t have to worry about storing my commodity, my work does not rely on the weather. These are all things that our agricultural producers are facing, and it seems that these stressors are sort of stacking.” She says the COVID-19 pandemic has added to those stress factors. “We did a survey of farmers in the Midwest [and] we heard a lot about supply chain shortages, workforce shortages… and it’s not over. We’re still dealing with that. So we continue to see farmers who continue to be stressed, and that’s when you worry about the mental health.”

And, says Rudolphi, working with mental health issues, especially undiagnosed or untreated ones, can have physical consequences. “When we think about some of our common symptoms of depression and anxiety, we might think of being really distracted,” says Rudolphi. “And when you’re distracted it’s really easy to make a mistake that could lead to an injury.”

There’s also a gender correlation – agricultural field work skews largely male, as do workplace accidents. A 2022 study from Statista shows that in general, workplace injuries in the U.S. skew male – in 2020, men represented 4,377 occupational injury deaths across all sectors in the U.S., making up 91.8 percent of workplace deaths. For agriculture and manure in particular, it’s even more predominant. In Nour’s pilot summary of 2017 incidents, all of the 39 individuals involved were male. This also correlates with trends around men and mental health. A 2019 article in the American Journal of Men’s Health found that, for a number of reasons, men are less likely to seek treatment for mental health concerns than women. When controlling for prevalence rates, women in the U.S. are 1.6 times more likely to receive any form of mental health treatment, compared to men, across a 12-month period, according to the study.

Rudolphi says it can be common for workers to not be able to easily identify when they are suffering from mental illness. But that’s why, she says, the North Central Farm and Ranch Stress Assistance Center at the University of Illinois is partnering with the 12 states in the north central region and three public health and non-profit services to increase awareness and services such as telephone mental health. The center is also offering training programs to help communities recognize signs of mental illness in “The pastor, the banker, the feed sale worker, the equipment dealer all understand what stress looks like, what mental health conditions look like, and what a mental health crisis looks like. So these people can recognize changes in their farmer clients, often people they’ve known for decades, and they can be that first person to intervene until we can get somebody to professional care.”

She says farmers and their workers should never underestimate the help that a good night’s sleep provides. “We know it’s not always easy, but we always encourage getting adequate sleep. We also encourage naps when we can. If that’s something that helps you perform better, we don’t like to shame people for taking naps.” 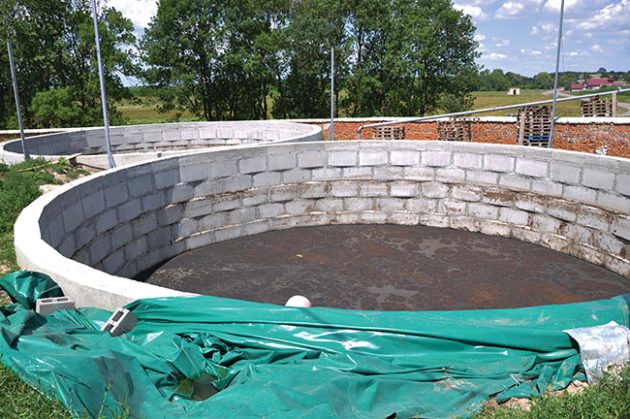 Manure storage environments, even of the open-air variety, are common settings for accidents on the farm, involving both asphyxiation and drowning. Photo: © orestligetka / adobe stock

Addressing staffing issues
One longstanding tradition around farms is to pull in help from family, especially when outside help is too hard to come by – or too expensive.

Andersen says he’s not against family, even young children, helping out on the farm. But, he says, the tasks need to be appropriate. “We still have the same number of gallons to be applied and, unfortunately, fewer people to get it done with,” he says. “If we’re doing that, make sure you position them in roles they are qualified for.” Best practice recommendations include not allowing children to be passengers on farm machinery; securing areas such as dugouts, lagoons, pits and livestock pens; and keeping children away from chemicals such as pesticides.

In Nour’s study, most of the cases were work-related, but 10 were classified as non-work related including the death of a three-year-old child who drowned after falling into an open pit, and one of a five-year-old child who was killed in a vehicular accident.

As for short staffing, Andersen also says there are still many jobs that can be done with a single worker, but the most non-negotiable scenario is “anytime you’re doing something in the manure pit and close to the surface, or if you have a system where manure goes into a sump and then goes into the storage. If you’re going to go down into that sump… ventilate that space, but you still need a buddy.” He says agitation and application can be performed without a buddy, but physical resources such as monitors as well as the mental demand for knowing one’s limit come in handy. If those jobs can be done with more than one person, Andersen recommends switching out and working in shifts. “We do work long hours… some seasons are known to be very intense.”

He adds that the development of new technology such as automated shutdowns and throttling have also helped cut down on the number of jobs that have to be done up-close by workers, such as checking hoses for leaks after shutdowns.

New investments
While simply investing in more workers might not be an option, Andersen says there is equipment one can invest in that will provide people with more personal protection.

When up-close and personal with hydrogen sulfide, proper fitting masks are key, but Andersen warns that workers need to remember that the consumer PPE such as surgical masks and N-95 masks that have become popular since the onset of the pandemic are not at all adequate for manure gases. “Those masks are built for particulates, not the gases that we tend to worry about with manure. [With hydrogen sulfide] there’s only one respirator that’ll get you there, and that’s full [SCBA] – self-contained breathing apparatus. There are respirators that have cartridges for escape-only, because hydrogen sulfide has to stick to the respirator, because it can only hold so much.”

Generally, he says, those self-contained breathing apparatuses are only needed for in-pit maintenance. But for walking around the farm, he says, the best way to be proactive is with a monitor – even outdoors. This is especially handy with more workers being on their own. “Generally, when I go to a farm, I’ll take with me a hydrogen sulfide monitor.” He says these monitors, which generally cost $100 to $200, are an essential item that are relatively affordable and simple to operate. “It beeps for me if hydrogen sulfide hits 10 or 25 parts per million… and that works really well for safety. Most of the time if we take a step or two in another direction we tend to get better air.” •