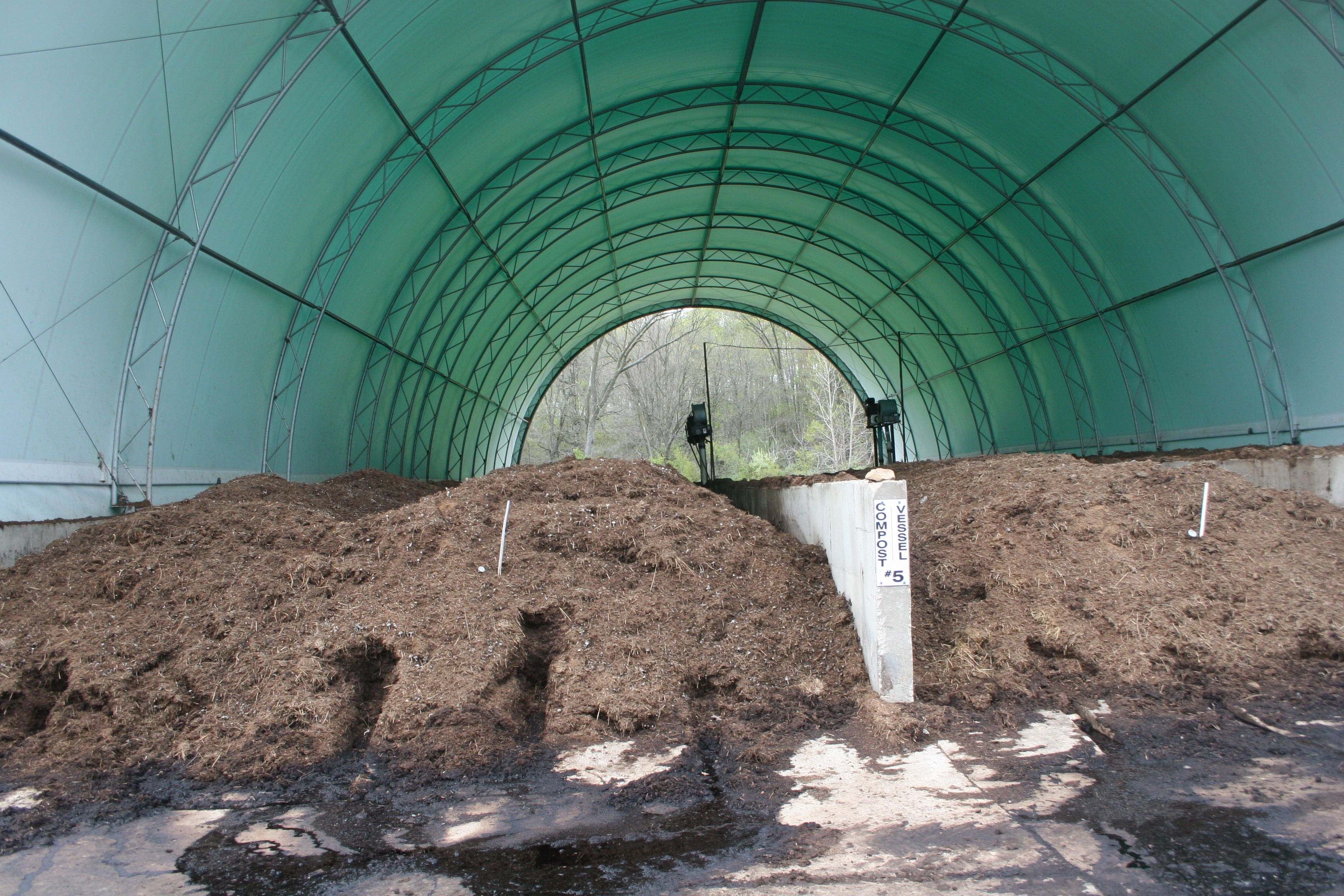 Livestock producers in California received a crash course in composting earlier this summer.

Nine consecutive days of temperatures above 100 degrees in the Central Valley area of the state resulted in a large jump in cattle deaths. According to an agricultural official in Fresno County, between 4,000 and 6,000 head of livestock died in the month of June due to the heat. Adding to the problem was the temporary shutdown, due to a mechanical problem, of the local rendering plant. As a result, a state of emergency was called in at least three counties and the California Dairy Quality Assurance Program (CDQAP) released an emergency mortality disposal advisory. Under the plan, producers were provided with three options to dispose of mortalities: directly transport the carcasses to an alternate rendering facility or permitted landfill; temporarily store mortalities on farm in compost piles until they could be permanently disposed of; or, as a last resort, bury the carcasses in an emergency landfill on farm, which still required a mountain load of paperwork and possibly thousands of dollars in fees.

According to the five-page advisory, producers were encouraged to put down a waterproof liner and use dairy manure solids as a composting agent, placing each adult carcass on a three foot bed of manure and then covering with a second layer of manure three feet deep. By doing this, farmers could buy themselves an extra six months of time before the carcasses needed to be disposed of permanently off farm.

“Staff will be looking for evidence of bones and carcasses that have been left more than six months,” the advisory warned, adding the number and identity of the animals composted plus documentation they had been properly disposed of would also be required.

While this isn’t the first time California has dealt with large-scale livestock deaths due to heat, it will be interesting to see how the agriculture and landfill industry deals with the added pressure to the carcass disposal system. With the threat of animal disease outbreaks, such as bird flu or foot and mouth disease, always in the background, this negative situation provides an opportunity to test-drive the official response. Heaven forbid it would be required on a state- or nation-wide scale but it’s always prudent to be prepared.

I look forward to any lessons learned which come after the debrief.

Speaking of composting, producers and custom manure applicators can learn more about the management practice and see relevant equipment in action during the North American Manure Expo, taking place in late August at the Arlington Agricultural Research Station near Arlington, Wisc. I consider Expo one of my favorite industry events of the year. What isn’t there to enjoy? Farmers, family, food, friends, farm equipment, information, demonstrations, community: the important things in life.

This Manure-a-palooza takes a year or more of planning to bring to fruition, including hours of committee meetings and conference calls. As a frequent participant in these morning gatherings, I can attest to the time and effort by industry volunteers that goes into preparing for this event. Be sure to check out the event website – manureexpo.org – and consider taking part.