March 12, 2009, Washington, D.C. – The U.S. Environmental Protection Agency is proposing the first comprehensive national system for reporting emissions of carbon dioxide and other greenhouse gases produced by major sources in the United States. 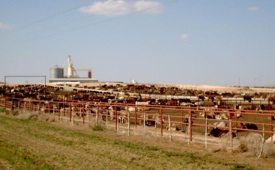 Approximately 13,000 facilities, accounting for about 85 percent to 90 percent of greenhouse gases emitted in the United States, would be covered under the proposal.

The new reporting requirements would apply to suppliers of fossil fuel and industrial chemicals, manufacturers of motor vehicles and engines, as well as large direct emitters of greenhouse gases with emissions equal to or greater than a threshold of 25,000 metric tons per year. This threshold is roughly equivalent to the annual greenhouse gas emissions from just over 4,500 passenger vehicles. The vast majority of small businesses would not be required to report their emissions because their emissions fall well below the threshold.

The direct emission sources covered under the reporting requirement would include energy intensive sectors such as cement production, iron and steel production, and electricity generation, among others.

The first annual report would be submitted to EPA in 2011 for the calendar year 2010, except for vehicle and engine manufacturers, which would begin reporting for model year 2011.

The EPA is developing this rule under the authority of the Clean Air Act. The proposed rule will be open for public comment for 60 days after publication in the Federal Register. Two public hearings will be held during the comment period.