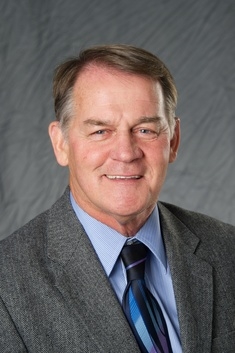 Iowa Department of Natural Resources director Chuck Gipp recently announced his retirement. His last day at the department will be May 1, 2018.

“Chuck has an outstanding record of service to Iowa,” Gov. Kim Reynolds said. “He’s spent the last six years leading in this important department, protecting Iowa’s most valuable resources – our land, lakes, waterways and air. Thank you, Chuck, for your service to this great state, and I wish you all the best as you enter retirement.”

“During his time as director, Chuck used his passion for Iowa’s natural resources as his guide in leading the department,” Lt. Gov. Adam Gregg said. “He served our state well for many years, and I know this retirement is well-deserved.”

“It’s been an absolute pleasure to serve Iowans for the past 28 years,” Gipp said. “I’ve been blessed to work among some of the best in the state, and nothing is more gratifying than being able to make a difference in the lives of Iowans.”

Gipp was elected to the Iowa House of Representatives in 1990, where he served nine consecutive terms in several different capacities, including House Majority Leader.

After deciding not to seek re-election, Gipp was hired by Iowa Secretary of Agriculture Bill Northey as director of the Division of Soil Conservation. He served in that role for three years.

Gipp began serving as deputy director of the Iowa Department of Natural Resources (DNR) in August 2011. Not long after, he became director.

Gipp resides in Decorah with his wife, Ranae. They have two children and one grandson.

Deputy director Bruce Trautman will serve as acting director of the DNR.