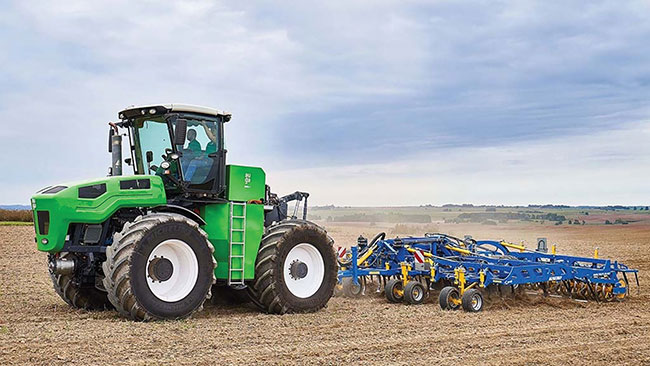 Diesel usage in the agricultural industry to produce food is historically high due to the fact it has been the main source of energy for engines for decades.

Research claims that agricultural activity is responsible for almost a quarter of all greenhouse gas pollution. A large part of the emissions is due to the use of fossil fuels in agricultural machinery. As people become more aware of climate change the emissions produced from diesel engines has come under close scrutiny for its harmful effects on the environment.

With such heavy usage in agriculture, diesel engines are such a big target for authorities to tighten regulations up on, and subsequently there have been a number of developments of alternative fuel engines recently.

Indeed, these developments have been accelerated due to the fact governments are starting to ban the use of diesel engines in some countries by various target dates from around 2030 to 2050.

However, there remains challenges if authorities try to establish a total ban on diesel engines as large tractors, long distance trucks and ships really have no viable alternative. Or do they?

One diesel alternative that is gaining ground in agriculture is hydrogen power and is already available under the hood of some machinery. Significant funds have already been invested into using hydrogen or biomethane to power larger machinery by manufacturers and investors. These sources are not without their complications though, as they can be expensive to produce and need a lot of storage capacity on a machine.

Hydrogen engine
U.K. manufacturer JCB has recently invested £100million into developing its own hydrogen engines and has launched a prototype of its famous Loadall telehandler and a backhoe, both powered by hydrogen. A team of 150 engineers is already working on this new type of machine as JCB targets the end of 2022 for the first units to be available commercially for sale to customers.

JCB chairman Lord Bamford says: “Our sort of machinery will need to be powered by something other than fossil fuels. We make machines which are powered by diesel, so we have to find a solution and we are doing something about it now.”

“We are investing in hydrogen as we don’t see electric being the all-round solution, particularly not for our industry because it can only be used to power smaller machines.

“It does mean we will carry on making engines, but they will be super-efficient, affordable, high-tech hydrogen motors with zero CO2 emissions, which can be brought to market quickly using our existing supply base. These will be our industry’s first hydrogen engines, developed in Great Britain by British engineers. Hydrogen motors have the potential to help the U.K. reach CO2 emissions targets more quickly.”

Using biomethane
A European organic food producer has developed what it claims to be the world’s first hybrid biomethane and electric tractor. Based in Lithuania, the Auga Group farms 39,000 ha of organic cereals, root crops and vegetables, plus a large dairy farm with 3,400 cows.

It has developed its own Auga M1 tractor, which can do the work of diesel powered 400hp tractors, only with zero emissions. The tractor is six meters long, four meters high and runs on 900/60R 42 tires. The Auga group says its tractor can work for 12 hours on one fuel cartridge.

Kestutis Juscius, CEO of Auga group, said the hybrid Auga M1 tractor is unique because it solves two main obstacles that have so far prevented the world’s largest corporations from offering such equipment for professional use.

“Our team of engineers has found solutions to solve the problem of refuelling and ensure uninterrupted operation of the tractor throughout the working day. Currently, biomethane-powered tractors are able to operate for only two to four hours because the gas cylinders do not physically fit into the tractor structure. However, farmers need agricultural machinery that can work for 12 hours or more. Auga group understands this perfectly and has created a solution.”

The company’s patented design allows the tractor to accommodate larger biomethane gas cylinders. The Auga M1 tractor uses a hybrid biomethane-electric fuel system. When the tractor is running, an internal combustion engine powered by biomethane generates energy and transmits it directly to the electric motors that spin the wheels. When operating under normal conditions that do not require high power, the tractor stores the generated energy reserve in the batteries. Such a system does not waste energy in low load conditions, uses a relatively small but efficient motor and is able to extract tremendous power when needed. These solutions allow the tractor to work for up to 12 hours.

The second obstacle to the spread of biomethane-powered tractors is the underdeveloped biomethane refuelling station infrastructure. The Auga group says it has solved this problem by offering quick and convenient gas cartridge replacement.

The XPN concept features a generator drive powered by the load sensing hydraulic circuit of the carrier. It is also equipped with a brand-new applicator specifically suited to the requirements of the narrow vineyards in terms of weeding width and adaptability to the types of vines encountered. •