September 30, 2008
By California Air Resources Board

September 30, 2008By California Air Resources Board 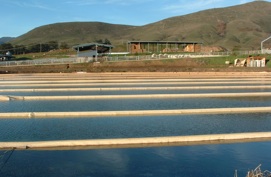 The manure digester project protocol provides standardized accounting methodology for projects that reduce greenhouse gases, such as methane and carbon dioxide, through optimal waste management practices, from storage, disposal and transport. By using data on a facility’s animals, manure handling processes, environmental conditions, carbon dioxide combustion, and digester-related equipment and biogas, the protocol calculates the amount of methane that would have been otherwise released if the digester had not been capturing and destroying the gas.

CARB worked with the California Climate Action Registry and a number of other stakeholder groups in developing the protocols to quantify greenhouse gas emissions and emissions reduction projects throughout the state for use in voluntary actions, while specifics of the Global Warming Solutions Act (AB32) are still being developed. CARB staff is working to determine how emission reductions from early voluntary actions, including any from using the protocols adopted, could eventually be used officially for compliance purposes as part of the state’s implementation of AB32.