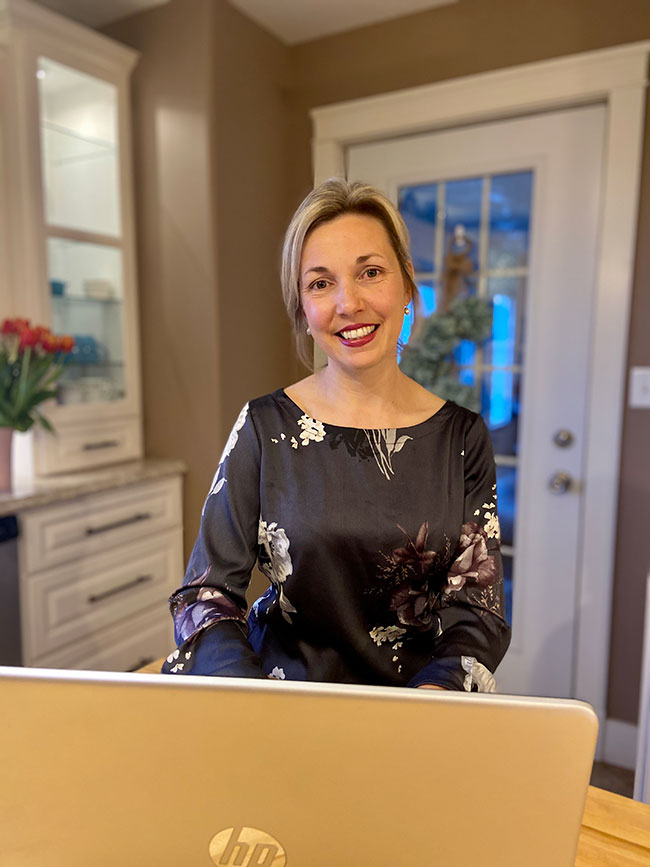 Andrea McKenna’s story is not one of a young girl growing up on a family farm and following in her parents’ footsteps. Instead, her journey took her from undergraduate to urban life before fate brought her home to Newfoundland. Now based in P.E.I., she heads the East Prince Agri-Environment Association (EPAA), helping connect farmers with industry experts and researchers. McKenna shares her journey with editor Bree Rody.

What led you to this point?
I did not grow up on a farm. I’m from Newfoundland. You always hear about the fishing industry, not so much agriculture. After I finished my undergraduate degree, I was working and living in downtown Toronto and loving it. When the novelty wore off, I yearned to be back east.

There was a job opportunity in my hometown to do a study on needs assessment in the agriculture industry. The idea was to do some questionnaires and talk to farmers and understand what gaps in [HR] and education might exist. But questionnaires and interviews weren’t going to cut it for me. I wanted to get out and talk to the farmers.

I decided I was going to attend every AGM and grower meeting that was happening. I was sitting outside the meeting doors waiting to talk to anyone who would talk to me. Every now and then, I think they’d just take pity on me and invite me inside the meeting room.

The first thing that really resonated with me was that farm owners were there with their families. Farming is about family. The other thing that stood out was the age – the average age of farmers at that time was 58. I was thinking, “Where are the young farmers? Where is the next generation? Even with the sons and daughters involved, where are the next entrants?” That question really drove me.

After I finished the project, at the time, they were trying to build a Canadian Agriculture HR sector council. I wanted a seat at that board. I wanted to get to the national table and figure out how other provinces were dealing with this. That was an eye-opener.

[From there], we had hosted the Canadian Federation of Agriculture meetings, and that’s when I met my husband, who was the president of the P.E.I. Young Farmers Forum. I met him, moved to P.E.I. after two years and started doing a master’s in business and biotechnology.

We got married and started our family. I had been working at the university, and the plan was to take some time off after I had my second child, and that’s when I decided to take some time off. During that time off, I started the East Prince Agri-Environment Association.

Can you tell us more about the EPAA?
In 2014, I went to a grower meeting. This group of farmers in the East Prince area were meeting to have a discussion about ongoing issues. The main issue was this negative perception of agriculture in the public, around the time of the “needles-in-potatoes” incident here in P.E.I.

This group of farmers got together and said, “We can’t keep working in this environment, mentally and emotionally. It’s so stressful when there’s so much being said about the industry and the accusations of farmers not caring about the environment,” when that is so not true.

My thoughts were, “You’re never going to change this handful of naysayers. You need to get the right information out there. You know all the good things that you have been doing on your land. We need to build your confidence so you can get those messages out there.”

We spent every second Thursday that whole winter meeting with researchers. We started to build these relationships with these industry experts. The more information [the farmers] were getting, the better they were doing. From there, we snowballed into different projects.

We were the first to get [the Living Labs initiative] off the ground. It’s a huge initiative that brings experts together to help our industry. The model works. Agri-Food Canada announced this year that they were rolling it out to every province, so I’m working with some of them on developing their Living Labs initiatives.

What is the biggest risk you’ve taken in your career?
When I decided to take a break – I had two small kids, married to a farmer, away from my family in Newfoundland. I just wanted more time with the kids. That was a very, very hard decision. I had worked so hard to go to the national table to sit and be part of the national discussions and here I was taking a back seat to “be the farmer’s wife.”

It didn’t last long, but I remember thinking, “If I let my contract go, there’s no guarantee.” But it was during that break that I became part of this amazing discussion and that led to where I am in my career. •