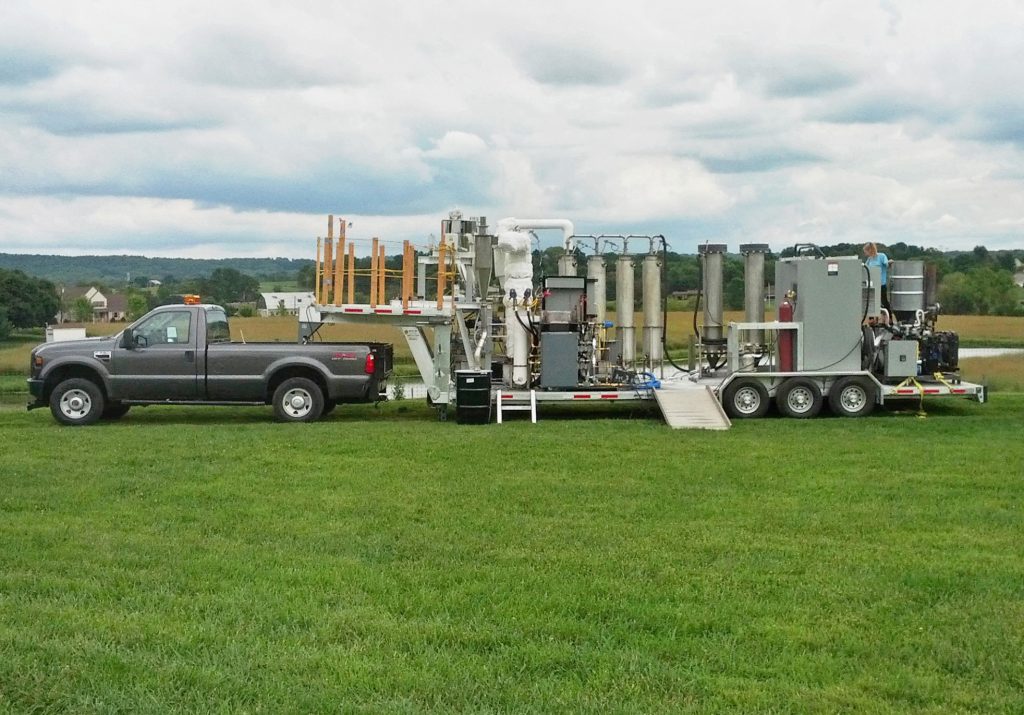 January 14, 2015 – The idea of replacing fossil-based fuel with a renewable source of sustainable energy is enough to get any environmentalist excited.

U.S. Department of Agriculture (USDA) scientists have advanced a process to produce a crude liquid called “bio-oil” from agricultural waste. The team is headed by Agricultural Research Service (ARS) chemical engineer Akwasi Boateng with the Sustainable Biofuels and Coproducts Unit at the Eastern Regional Research Center in Wyndmoor, PA.

Crude bio-oil is produced by pyrolysis – a process that chemically decomposes plant and other organic matter using very high heat. The modified technique, called “tail-gas reactive pyrolysis,” or TGRP, holds promise for improving the bio-oil that is ultimately processed into finished biofuels.

The Energy Independence and Security Act of 2007 mandates the United States produce at least 36 billion gallons of biofuels by the year 2022. This effort will require, in part, the development of a new industry to produce 21 billion gallons of advanced biofuels, which are based largely on non-food sources.

The raw biomass material includes non-food-grade plant matter procured from agricultural or household waste residue such as wood and switchgrass, and animal manures. Using these materials, bio-oils are produced at an accelerated rate using a new high-output mobile processing unit. Instead of shipping large amounts of agricultural waste to a refinery plant at high cost, the mobile reactor allows conversion of the biomass into energy-dense bio-oil right on the farm.

The goal of using TGRP on the farm is to yield a higher quality bio-oil that is more marketable to biofuel producers than bio-oil made from traditional pyrolysis methods. TGRP is an important step toward the ultimate goal of producing cleaner bio-oils that can be distilled at existing petroleum refineries.