November 14, 2018  by American Society of Agronomy 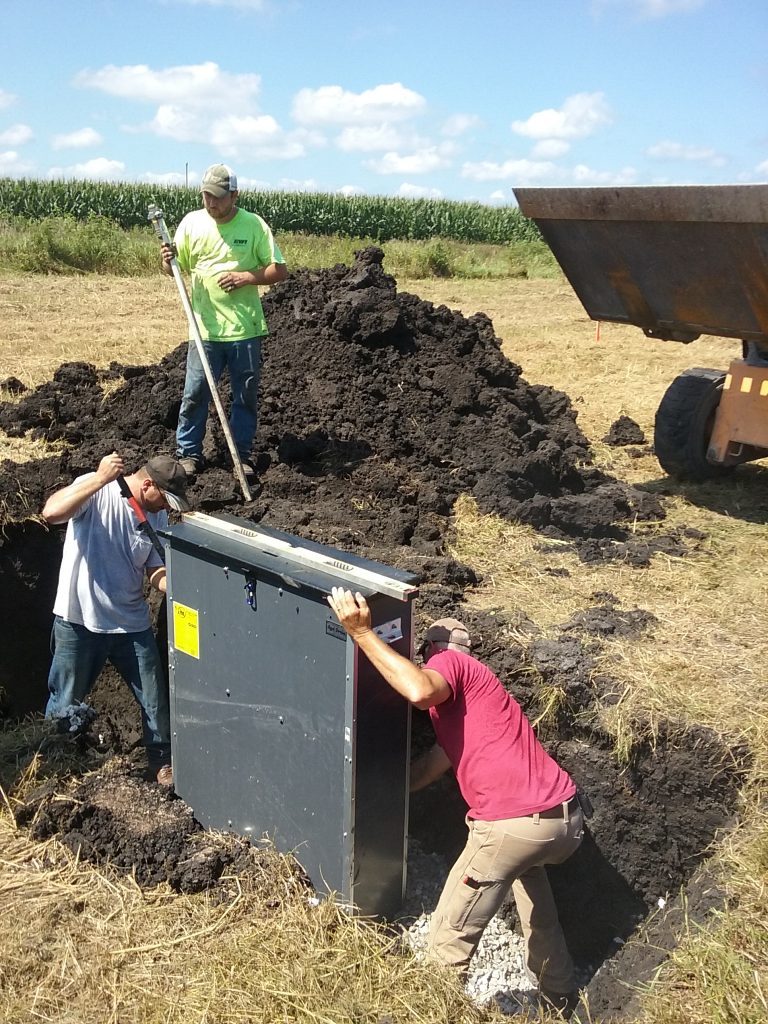 Spring in America’s heartland is often wet. That makes its soil too soft for planting. One solution to that issue is tile drainage. Growers insert a series of pipes (drain tiles) under their fields, which drains water from the soil into nearby streams and lakes.

Many of the existing tile drains were installed over 50 years ago and helped increase yields. Growers were able to get into their fields earlier to plant without compacting the soil. Their growing season was extended by several weeks, which can greatly increase yield.

However, in the late 1980s, a new problem was found: Nitrate from Midwestern fields was getting into the Gulf of Mexico. It traveled a path that started at the tile drains, then into the streams, down the Mississippi River, and into the Gulf. While removing the tile drains could have solved this problem, growers wouldn’t be able to produce the same amount of food.

Scientists started to develop edge-of-field practices so that growers could keep the early planting offered by the tile drains while protecting nearby streams–and the Gulf of Mexico–from nitrate contamination.

One of those scientists is Tom Isenhart, an agronomist and professor at Iowa State University. In 2013, Isenhart and his colleagues published data about the ability of saturated strips of naturalized land near streams to remove nitrate from tile drainage water. There was good news. “The initial study on saturated riparian buffers was promising,” says Isenhart. “And it led the USDA to develop a conservation standard for the practice.”

There was a major difference in the buffer strips studied by this team. Tile drains tended to run under typical buffer strips in the Midwest. This team reconnected water flow back to the soil. “Typical riparian buffers in tiled drained landscapes do not remove much nitrate because the water flow is not connected through the soil,” says Isenhart.

Water that flows down and through soil before it reaches a water source is cleaned through natural processes. Installation of the tile drains route the water directly to the stream, cutting out the buffer. That water doesn’t benefit from the buffer’s ability to biologically remove nitrate.

The team’s solution was to divert a fraction of the water flow as shallow groundwater within the buffer. “We excavated the tile outlet within the buffer strip,” says Isenhart. “Then we installed a control box with outlets attached to new perforated pipe that serves as a distribution pipe. We also created a system that allows us to adjust the water levels. This ensures that the water drains from farm fields into the soil of the buffer strip. Another benefit of this system is that once installed, these systems do not need to be actively managed by the farmer.”

Isenhart his team were able to expand the study of saturated riparian buffers to an additional five sites in Iowa. “These additional studies were required to confirm the initial results at our first study site,” says Isenhart. They also determined the effectiveness of saturated riparian buffer strips in other locations. These different locations had varying soils and landscapes–important information for growers. In addition, the study was expanded to several years. This gave the researchers data about the buffers during varying weather conditions, especially varied rainfall.

Other scientists are working on other solutions to reduce nitrate levels from tile-drained fields. Isenhart and his team calculated the costs of nitrate removed for various nitrate removal systems. The cost per pound of nitrate removed for saturated riparian buffers was $1.33 (or per kilogram, $2.94), with a 40-year lifetime. Denitrifying woodchip bioreactors have a lifespan of around 10 years (before the woodchips need replacing) and have a cost of $0.95 per pound (or per kilogram, $2.10) of nitrogen removed.

“Saturated riparian buffer strips are comparatively simpler, cheaper, and quicker to install than many systems,” says Isenhart. “But they are not suitable for all farm fields. They require specific soils and landscape characteristics to function properly. This may limit their use within certain types of watersheds.”

By reconnecting water flow back through the soil, saturated riparian buffer strips take advantage of the natural cleansing ability of soil. When field conditions are amenable to their installation, they are an effective tool in reducing nitrate loads into nearby streams and lakes, allowing growers to continue using tile drains.

This research was published in the Journal of Environmental Quality. Funding was provided by an Agriculture and Food Research Initiative (AFRI) grant from the United States Department of Agriculture National Institute of Food and Agriculture. Additional support was provided by the Iowa Nutrient Research Center.