Features
Beyond Brexit: What comes next? 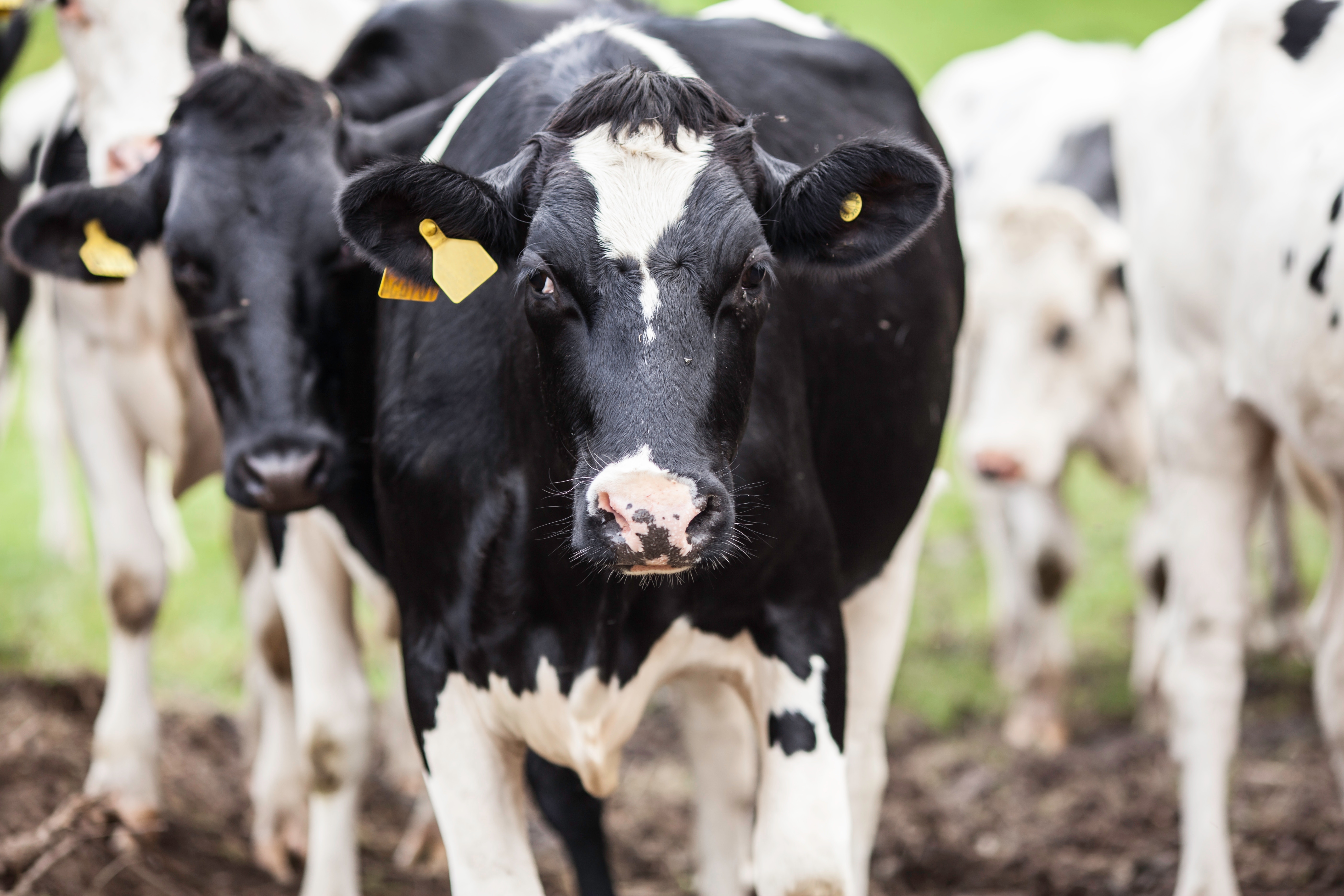 After 47 years, the United Kingdom is no longer part of the European Union. For farmers, this means they are no longer bound to its bureaucratic rules and regulations, which, over time, resulted in years of paperwork increases, red tape and falling commodity prices that drove some farm businesses into the ground.

For those in North America who might be unfamiliar: the EU consisted of 28 different countries, which traded freely with each other. Now, there is a border between the two that generates tariffs. The burning issue, though, is that U.K. farmers received a total of £3.4 billion per year in subsidies under the EU’s Common Agriculture Policy (CAP), with the money distributed on the basis of the size of the farm.

Now, four years after the historic 2016 referendum, a long-awaited Withdrawal Agreement was finally drawn up, focusing on how the two nations would coexist and trade in the future. After those four years, the U.K. officially left the EU on Dec. 31, 2020. Now, although that tumultuous journey is over, a new one has just begun, as the U.K. sets itself up for trade battles to find new markets for the food produced by its thousands of farmers.

Since Brexit, the U.K. government has said it wants to reduce those subsidies toward farms, and alter the system so that farmers get paid more so in exchange for looking after the environment.

Trading hiccups
But it gets even more complicated. The U.K. consists of England, Scotland, Wales and Northern Ireland, the latter now sharing a border with the Republic of Ireland, which remains in the EU.

As part of the historic Good Friday agreement, both the U.K. and Irish government agreed that the border between Northern Ireland and the Republic of Ireland should be “invisible,” which was easy enough when they were both part of the EU. However, after Brexit, it was agreed that Northern Ireland would still follow many of the EU’s rules, and therefore, a customs border was set up in the Irish Sea between Northern Ireland and Great Britain (England, Scotland and Wales). This was called the Northern Ireland Protocol and came into effect on Jan. 1, 2021. Goods such as meat, milk, fish and eggs can be checked coming into Northern Ireland from Great Britain under direction from the EU. This has caused all sorts of logistical nightmares for food exporters in both the U.K. and the Republic of Ireland, as well as trucking companies.

This represents more than 30 percent of the U.K.’s dairy imports and making Ireland by far the biggest supplier of dairy produce to the U.K. France and Germany are second and third, respectively.

While politicians battle to get the trading channels between the Republic of Ireland and Great Britain opened up more freely, dairy farmers on both sides of the Irish border are still milking their cows.

That milk is still being processed and consumed, generating healthy prices for the farmers, probably more so due to the COVID-19 pandemic rather than Brexit.

However, dairy farmers in Ireland are expected to tap into a €€1 billion support package allocated to the country by the EU as compensation for trade lost to the U.K. by Brexit. All the while, both countries are still (at press time) battling through lengthy COVID-19 lockdowns.

Although the initial closure of the food service sector saw a drop in demand for dairy, the overall market for dairy has strengthened as more people cook and bake at home. In fact, the latest outlook for the dairy industry in the U.K. predicts further growth as people continue to work from home and cook from scratch, as more home budgets become further stretched. One of the big fears, then, is that Ireland’s agriculture industry becomes collateral damage if the EU insists on keeping the controversial Irish Sea customs border.

Brexit benefits
Since the official “divorce,” the U.K. government has ramped up its own support for dairy farmers in the form of a new code of conduct and has embarked in a new direction of gene editing.

Imbalances of power within the dairy supply chain were believed to be causing instability for dairy farmers. This includes where milk buyers are able to set and modify the terms of a contract on short notice. Responses to this consultation clearly demonstrated the need to introduce new regulations to require certain standards for contracts between those producing and buying milk for processing. The consultation also revealed that the distinctive circumstances in Northern Ireland may need to be reflected in regulations, and this will be considered.

Victoria Prentis, Minister of Environment, Food, Rural Affairs and Farming, says, “It is only right that any contracts drawn up between farmers and processors deliver fair conditions across the board, for an industry that works hard year-round to provide the dairy products for which we are world-renowned.

“This new code of conduct will crack down on unfair practices within the supply chain, supporting the dairy sector and ensuring that our dairy farmers remain competitive as they look to the future.”

Brexit has also offered an opportunity for the U.K. to make its own decisions on gene editing. Technologies developed in the last decade enable genes to be edited much more quickly and precisely to mimic the natural breeding process. If given the green light, gene editing could be a real game-changer in the dairy industry, boosting the overall genetic profile of the dairy herd, possibly reducing the use of antibiotics and boosting milk quality.

Reducing emissions
Since Brexit, another big issue targeted by the U.K. government is reducing emissions with a pre-set goal of reaching net zero greenhouse gas (GHG) emissions across the whole of agriculture in England and Wales by 2040. Livestock-heavy countries around the world are under pressure to reduce their ammonia emissions in a bid to become more environmentally friendly. Agriculture is the dominant source of these emissions, with the sector accounting for about 88 percent of total U.K. emissions. The main sources are identified as livestock manures, slurry and mineral fertilizers.

Cattle farming is responsible for 44 percent of the U.K.’s total ammonia emissions, where most ammonia losses come from manure spreading on land (48 percent of cattle emissions) and from livestock housing (34 percent). Dairy farms have been labelled as one of the more intense sources of ammonia production. Targets and quotas have been set in many countries in an effort to cut emissions.

National Farmers Union president Minette Batters says, “Agriculture is uniquely placed to be a part of the solution, as both an emissions source and a sink. As farmers, we have a special responsibility to protect carbon reserves already in our soils and vegetation. But we must and we can do more. We know emissions from U.K. farms presently amount to 45.6 million tonnes of carbon dioxide equivalent a year – about one-tenth of U.K. [greenhouse gas] emissions.”

But, in stark contrast to the rest of the economy, she says, only 10 percent of this is CO2. “Around 40 percent is nitrous dioxide (N2O) and 50 percent is methane (CH4).

“At the same time as reducing our impact on the climate, we should not reduce our capacity to feed consumers with high-quality, affordable British food.”

She says the U.K. must not achieve its climate change ambitions by exporting U.K. production and its greenhouse gas emissions to other countries. “Our ambition for a net-zero contribution to climate change across the whole of agricultural production by 2040 is a national aspiration, not an expectation that every farm can reach net-zero.”

That “challenging, but achievable” goal of carbon neutrality can only be achieved with concerted support from government, industry and other key groups, she says.

On the ground
It’s too early to evaluate Brexit whether it will generate better commodity prices for farmers, but there have been some early teething problems with shipping goods.

Shipments of agri produce in both directions between Northern Ireland to Great Britain have been burdened with extra paperwork and also from the Republic of Ireland to the U.K. These issues are easing, but other problems such as the importation of animal feed such as soy from outside the U.K. are attracting higher prices and shipping delays.

Exports of beef and lamb from the U.K. are still operational to countries outside the EU, but again are being hit by transport delays and extra paperwork. Some shipments of perishable meat and fish have been dumped due to port delays.

In a nutshell, demand for ag produce in the U.K. is up, prices are steady and new export markets are actively being signed. •