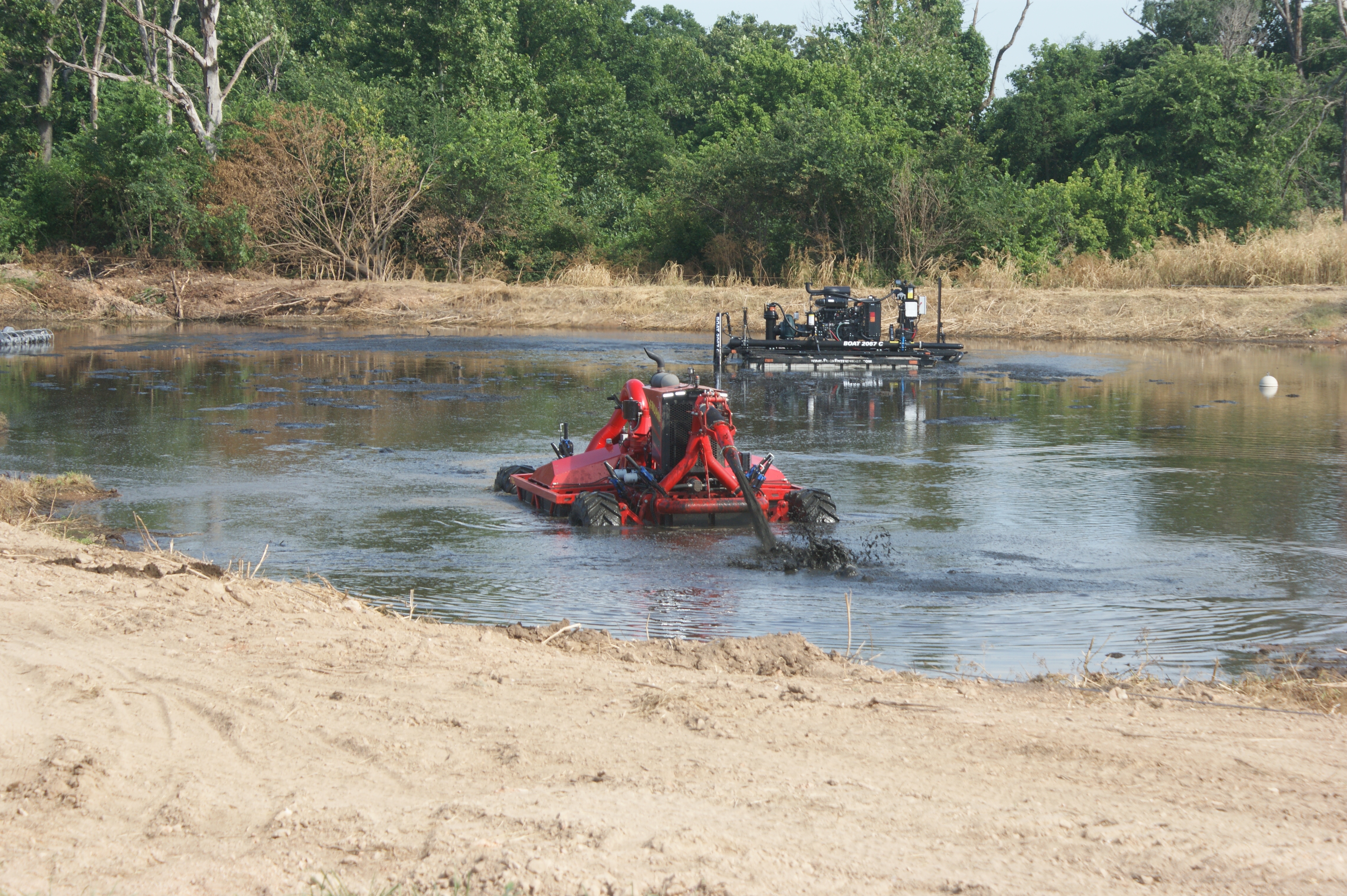 Grain and oilseed producers are recognizing the fertilizer value that can be obtained through the application of swine manure.

Redhand general manager Paul Bell says the technology, which is used on earthen storages to agitate the manure, works very much like a remote control toy.

“Basically, we are sucking liquid up out of the lagoon and propelling it back down,” he said. “We’ve got two jets at the back that give us forwards and backwards and then we have one at the front that gives us left and right. With those we can agitate the product and give you a very level consistency.”

“Five or six years ago, we used to use agitators and we used to see spikes in the product we were delivering to the field so we get a more even crop now. We want a consistent product across the board for the producer. We don’t want hot spots and non-hotspots in the field.”

“With the boat, we can float around the lagoon and agitate that very consistently where as we used to take a regular agitator out and move it, bring it in, we’d get hot and cold spots in the product,” he said. “What we’ve noticed is it’s helped us with our crop rotation on fields that have had manure in the past.

We can keep going on the field year after year. We can hit the numbers we need to hit for conservation and things like that a lot better.”

Bell acknowledges that, although the initial outlay for a manure agitation boat is higher than that of typical agitator used on earthen manure storages, the same job can be accomplished with less equipment in less time so savings in fuel help offset the higher equipment cost.

Related
NA Manure Expo stirs up Canada
Manure Expo will be here before you know it
Manure Expo: Up close and personal
Combo of strategies effective at mitigating manure odor