On Alexandre Family Farm, every decision comes back to the soil. 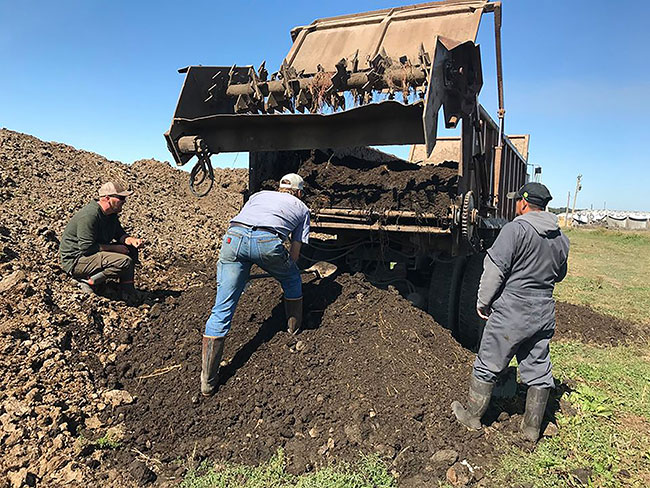 Earlier this year, Blake Alexandre gave a talk at the American Farm Bureau Federation convention entitled, “Honor soil like you would your grandchild.”

It’s perhaps not the first topic you’d expect from a fourth-generation dairy farmer, but a soils-first approach informs everything at Alexandre Family Farm.

The Alexandres breed their own stock of A2-A2 protein cows, and in 2017 they launched their own milk brand: about 10 percent of their milk is branded under the Alexandre Family Farm label and sold on the West Coast.

The farm has evolved with the times, but conservation and stewardship have been guiding principles for the Alexandres since the beginning. The family transitioned the farm to organics in 1999 – the ninth California dairy to do so.

“That’s been an ongoing learning curve, and coupled with the management of our fields, grazing systems and literally paying attention to what’s going on below the soil as well as what’s above the soil, that’s been a big part of what we do,” she says.

Composting is key to a soils-first approach. Last year, the Alexandres added a record 18,000 tons of compost to their fields, Blake says. About 98 percent of the compost they produce at each of the four dairies is added back to the farm.

“We’ve been into composting for 20 years and do a lot of composting on all four of our dairies, but primarily here on the main farm in Crescent City,” he says. “Our goal is to spread our compost and liquid and nutrient water as soon as we can.”

Composting
Alexandre Family Farm was one of the first recipients of funding from California’s Alternative Manure Management Program (AMMP), launched in 2017 to support the implementation of non-digester dairy manure management strategies to reduce methane emissions. With the help of the grant, the Alexandres built a new compost-bedded pack barn to house young stock.

“It’s a compost barn, meaning that the bedding pack gets agitated and tilled regularly so that it composts in place, if you will,” Blake explains. “That’s for our young calves after they’ve been weaned and moved into group housing, and maybe the next six months of their lives based on weather and season.”

The Alexandres get sawdust and shavings from a nearby mill, and buy at least 200 truckloads a year of fish waste and crab and shrimp shells to supplement the compost.

“We never say no to any healthy, environmental waste products we can get,” he says.

At the main dairy, which houses 1,800 milking cows, alleyways are flushed with water so the manure goes over a static screen separator; the solids become the basis for the compost system. The farm also composts its dead animals, a practice the Alexandres are frank about and insist should be a talking point in the industry.

“It’s a don’t-ask, don’t-tell policy in California,” Stephanie says. “We don’t have a rendering facility and we can’t haul or bury them, and there are crazy limitations. At some point it has to be legal to recycle those nutrients – plant them back on the farm.”

Compost is stored in piles that are turned periodically and moved back to the land as soon as possible. 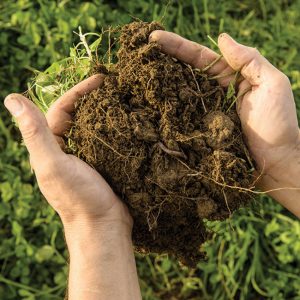 Healthy soil is the foundation for the Alexandre’s success. 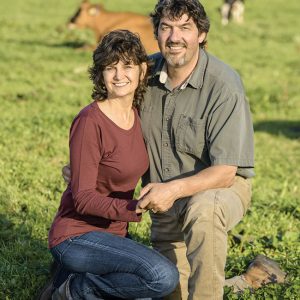 Truckloads of whey from a nearby cheese manufacturer are added to help digest solids and encourage microbial activity; this has the added benefit of making the manure water more “user friendly” and easier to pump, Blake says.

An additional win: with the whey moved from the cheese manufacturing facility and thus the city sewer system to the Alexandre’s farm, the city was able to increase city sewage capacity, Stephanie says.

But the biggest benefits of all are for the land itself.

“When that water gets pumped out to the fields it’s positive for the living biology of the field. It’s a net contribution and a positive effect immediately and over the long term,” Blake says. “We’ve been highly aware of that in terms of our nutrient water management as well as our grazing principles so that we’re building organic matter in our soil.”

Both Alexandres are quick to point out that their goals are driven by economic as well as conservation incentives. One of the dairy farms was built on land formerly used by a flower production system that left the soil with low organic matter content. By adding nutrient water and green manure on that farm, the Alexandres have brought that number up to eight percent organic matter, Blake says.

The improved soil biology “pays dividends year after year,” he says. “It literally adds life to the soil, and there are a lot of long-term benefits.” Nutrient-rich pastures result in nutrient-dense food products, but the goal is a regenerative system that is good for everyone.

No farm is perfect and, looking to the future, Alexandre Family Farm wants to move to a system that avoids adding water to the manure, thereby reducing volume while still keeping it aerated and healthy, Blake says.

Over the last couple of decades, the Alexandres have seen different species thriving in the land around their farm, and they’re proud to point them out during tours: eagles, Coho salmon, geese, frogs and elk. The boost can’t be attributed solely to the farm’s improved stewardship practices, but that’s certainly part of the story.

“I grew up on a dairy farm in southern California in a region where I think every water quality agency learned from the mistakes that were made. There were a lot of cows in a small area,” Stephanie says.

“But I also grew up with a mother who was aware of how important it was to do things right on our farm. That kind of mindset of doing a better job for our customer still operates for us today.”