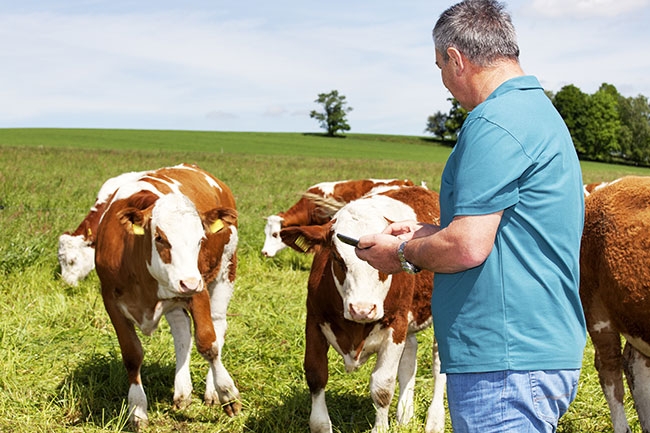 Under the old emission reporting rules, livestock producers had to quickly educate themselves on how to estimate the emissions to the EPA’s satisfaction. How that was to be accomplished was about as clear as raw liquid manure. Photo: Fotolia

A national manure management emergency was recently averted in the United States with the passage in March of the Fair Agricultural Reporting Method (FARM) Act, thwarting attempts by some environmental groups to categorize farms on the same plane as heavy industry as it relates to potential toxic air emissions.

The main concern was with release of gases like methane, ammonia and hydrogen sulfide from decomposing animal waste and its potential impact on the health of those working and living in and around farms.

The recent passage of the FARM Act sides with the EPA and farm lobby groups’ belief that existing hazardous air emissions laws in the U.S. were never intended to target air emissions from farms.

When contacted, the EPA would not speculate on what impact the non-passage of the FARM Act would have had on reporting requirements by farms. However, even as far back as October 2017, the EPA and Congress were already moving toward giving farmers a break by excluding “routine agricultural operations” from triggering a requirement to report release of hazardous gases into the air. They interpreted routine agricultural operations to include, “animal waste stored on a farm and animal waste that is used as fertilizer.”

The environmental groups Waterkeeper Alliance, the Humane Society of the United States, Sierra Club, the Center for Food Safety, and Environmental Integrity Project had successfully argued in court that air emissions, particularly from CAFOs, could be having a detrimental impact on human health, and that farms in general – and CAFOs in particular – should be required to report and continuously track those emissions over time under existing federal legislation to the EPA.

These environmental groups successfully argued that an EPA rule that exempted the required reporting of animal waste air emissions under two federal regulations – the Comprehensive Environmental Response Compensation and Liability Act (CERCLA), in force since 1980, and the Emergency and Community Right-To-Know Act (EPCRA), in force since 1986 – should be vacated.

Because of the decision by the U.S. Court of Appeals for the District of Columbia Circuit in April, 2017, farms with livestock were required to provide the National Response Center with an initial continuous release notification as part of the EPA’s ‘continuous release reporting’ process, estimating hazardous air emissions from manure based on the number of animals on their farms and their manure management accumulation and storage practices. After that initial report, which could have been just a phone call to the National Response Center, farmers were required to file a written report to the regional EPA office within 30 days, and then a one-time, first anniversary, follow-up report to the EPA regional office. In its guidance to farmers, the EPA advised that, “if there are significant changes at your operations that could result in a change in emissions, additional reporting may be necessary.”

Here are some examples of where an additional report filing may have been required. One scenario is each time that the farm or a custom manure applicator initiated the agitation of an open air, liquid manure storage lagoon, perhaps prior to pumping out the lagoon for land application of that liquid manure, because of the emissions released into the air from this process. Another is if a feedlot was temporarily stockpiling pen and barn manure prior to land application and there was biological decay taking place within the manure pile, resulting in higher air emissions of gases like methane, ammonia, and hydrogen sulfide. Yet another example of a potential reporting requirement was in cow-calf operations if the numbers of animals increased at any time above the number of cattle noted on the initial emissions report or the anniversary report, because this could result in higher manure volume and potentially increased air emission discharge. A similar scenario would have been triggered if for some reason a poultry farm increased the size of their flock, even temporarily, compared to the number of animals listed on the initial report. In a rather ironic twist as it relates to the environment, the process of mechanically turning raw manure to create compost may have triggered a report requirement because of emissions released into the air as a result of the biological activity taking place in the manure pile during the conversion process. Compost is widely considered a more benign form of environmentally friendly organic fertilizer.

In other words, many farms faced a potential future of air emissions calculations and reporting paperwork.

These are only a few examples. There are all kinds of scenarios where the amount of manure or the size of a herd/flock could temporarily spike, simply as a result of the day-to-day management of livestock on a farm. Buying and selling farm animals is a common practice and typically how most farms make their money.

The consequences to the American agriculture industry had the FARM Act not passed may have landed some farmers in court, according to a statement issued by Jim Heirmerl, president of the National Pork Producers Council (NPPC). He said that the 2017 court decision could, “subject them (farmers) to citizen lawsuits from activist groups.”

Prior to passage of the FARM Act, Dr. Howard Hill, a veterinarian and pork producer from Cambridge, Iowa, stated in his testimony on behalf of the NPPC before the Senate Committee on Environment and Public Works that more than 100,000 livestock farmers in the U.S. would have had to make an initial estimated hazardous emissions filing by May 1. Not only did they have to make a report, but they also had to quickly educate themselves on how to estimate the emissions to the EPA’s satisfaction.

Under the old emission reporting rules, livestock producers had to quickly educate themselves on how to estimate the emissions to the EPA’s satisfaction. How that was to be accomplished was about as clear as raw liquid manure.

How that was to be accomplished was about as clear as raw liquid manure. While the EPA spent considerable time and effort to assist farmers in helping to make their calculations, their methodology admittedly involved a lot of estimation. Two of the four criteria that the EPA adopted for farmers to make their initial report were, “your knowledge of the facility’s operations and release history,” or, “your best professional judgment.”

Among the biggest challenges the EPA faced in encouraging accurate reporting was the wide variety of factors that could influence emissions, noting that, “there are scenarios when operations with fewer animals will have higher emissions than operations with greater numbers of the same species of animals.”

The EPA admitted that it was not ready with a standardized methodology that would address all situations before the May 1, 2018 reporting deadline.

“EPA is working on developing methodologies to estimate emissions from a wide variety of operations and thus better inform emissions estimates from animal waste,” it said in a circular to farmers. “However, that work will not be completed prior to the Court’s mandate that farms report.”

Dr. Hill pointed out in his testimony that it was never the intention of CERCLA and EPCRA to include reporting of air emissions from farm waste, and the EPA seemed to agree with that interpretation because in 2008, it instituted its rule exempting this reporting requirement, which was vacated last year by the court.

A number of agricultural lobby groups pleaded with the federal government to reinstate this exemption.

“The CERCLA provisions in question were originally enacted to address accidental hazardous air emission emergencies from toxic waste sites, and never intended to be applied to dairy and other livestock farms,” said Jim Mulhern, president and CEO of the National Milk Producers Federation prior to the FARM Act’s passage. “Through this legislation (FARM Act), Congress is stipulating that the burdensome regulatory over-reach serves no legitimate health or safety purpose.”

That sentiment was echoed by Kevin Kester, head of the National Cattleman’s Beef Association, once the FARM Act was passed.

“First, we were able to kill the notion that our farms and ranches will be regulated like a toxic Superfund site under the CERCLA law,” he said, adding that it was more like 200,000 farmers would have been required to file an initial emissions report, should the FARM Act not have passed.

Understandably, environmental groups were disappointed with the reporting exemption in the FARM Act. Their target was clearly air emissions from CAFOs, having fought the issue of the EPA exemption in the courts for over a decade, accusing Senators of sneaking in a rider into the FARM Act to create this exemption.

She adds that now, CAFOs will no longer be required to report their hazardous air emissions under CERCLA, even if they are releasing substances like ammonia or hydrogen sulfide, “at levels that cause serious health issues from nearby communities. Unless and until we can convince future lawmakers to undo this dangerous decision, citizens will be in the dark about the hazardous substances they breathe in from these facilities.”

Now, that is all a moot point with the passage of the FARM Act and the exemption put back in place.